List so far of articles regarding hate cult known as Kiwifarms. Swattings and harassment in real life until their targets commit suicide. That’s the hate cult known as kiwifarms. That’s the cult of evil Fallout 76 players exposed me and my whole family to, for the rest of our lives. Even if we get kiwifarms shut down, it’s too late for all the victims – they’ll just spread our information again, we know that. But something has to be done about this cult that keeps trying to murder people in real life!

Marjorie Taylor Greene was swatted by someone claiming to be from kiwifarms, here’s the police report and story: 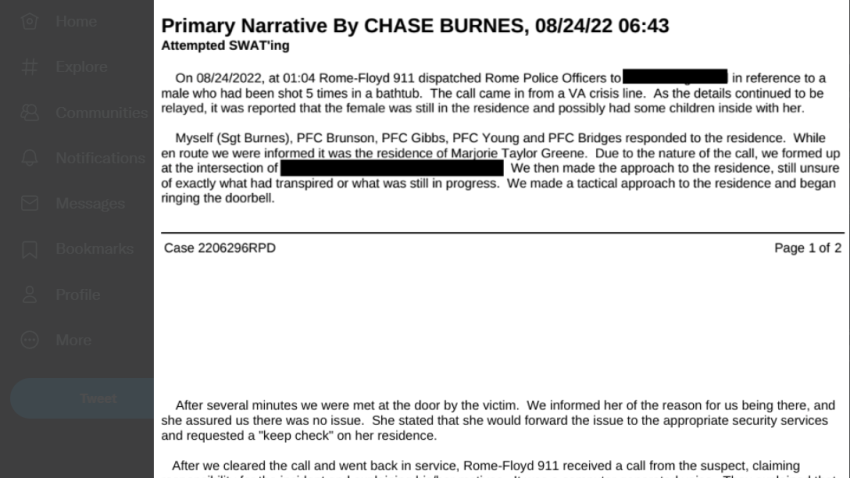 Articles about the Campaign to De-platform Kiwifarms

Kiwifarms and Joshua Moon – Leader of the Hate Cults Reponses 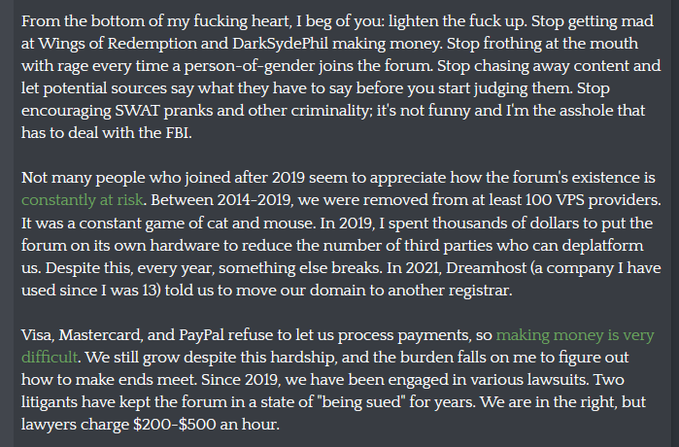 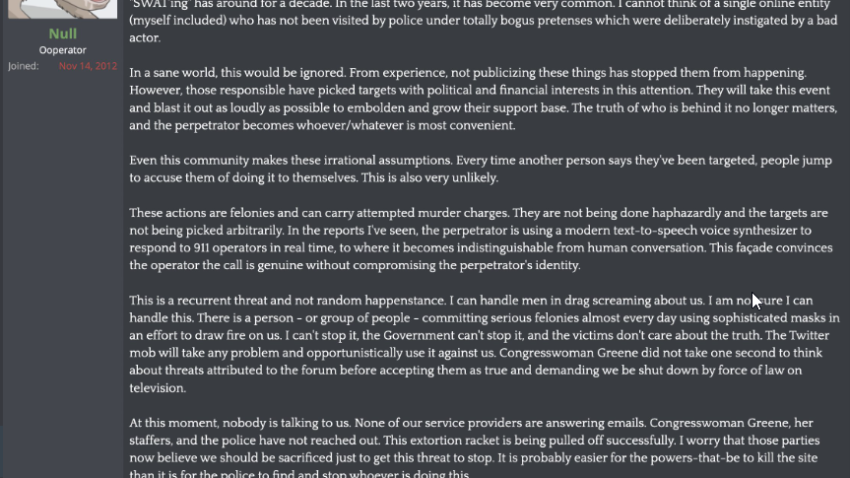 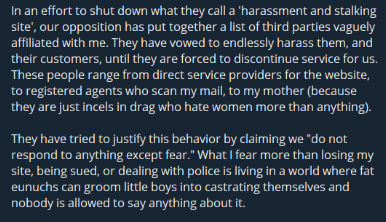 Fallout 76 players doxed me, and my family. They put us on that page because of a video game. They are toxic enough to harass us for the rest of our lives – by lying about me personally, ruining my business, driving away my friends, isolating me… That’s what Fallout 76 players did to me. They don’t even hide their in-game names, that’s how arrogant they are.

They also did it to my family. They also did it to a random stranger, because they can’t research, they suggest someone who simply shares my last name on my kiwifarms, simply so they can hope to hurt someone close to me. Even though it’s… actually not, so they just targeted a random unknown person that I know nothing about.

That is the fault of the Fallout 76 players who used kiwifarms to dox me, harass me, lie about me, defame me, incite others to report me for crimes, try to take my income, and even make ‘jokes’ about me getting swatted, probably in the hopes that when they DO swat me, and they can say I ‘faked it all’ with their ‘kiwifarms evidence’.

People who use kiwifarms are evil. If you play Fallout 76 still, be careful as most of these kiwifarms stalkers are current players – pvp’ers who like to bully people, and if you say one word in voice chat to suggest you’re gay, trans, or anything other than their ‘preferred type’ of person, they will focus their hate on you – and you’ll be next on kiwifarms.

Oh, Jacob Doolittle-Sightler, I’m only posting public information on this site, nothing I’m doing here is illegal. My site didn’t get ‘shut down’. I redirected a range of ip-addresses from a certain provider to see who it was. You then posted this on kiwifarms almost immediately. You people are literally putting my life in danger, the lives of my family in danger, and even the lives of random people who share my last name in danger – because of this sick twisted need to lie about me for YEARS. I am documenting all contact for the police.

Yes, I know you access the site via mobile, you’re a verizon customer: 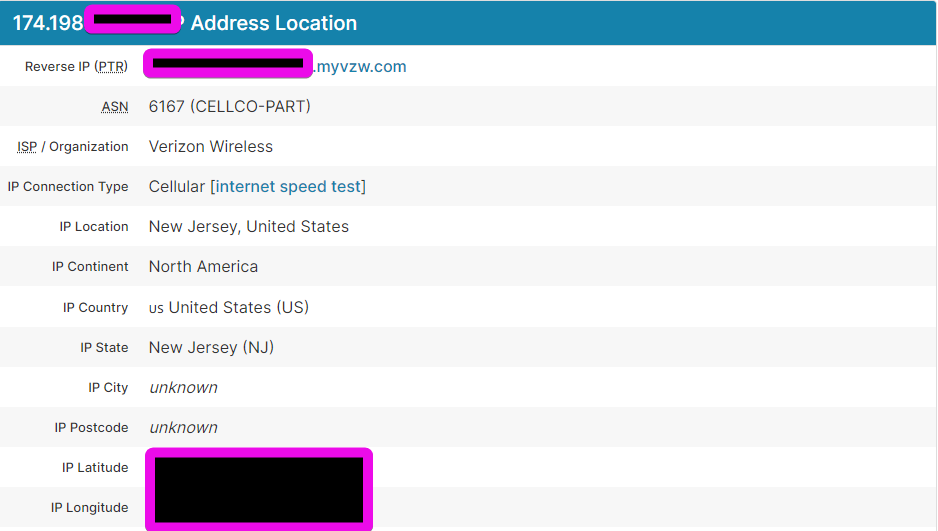 Meanwhile, my site is operating normally for everyone else in the world… but logging things for law enforcement, because I did report the kiwifarms thread as harassment, and I do know who you are, you made all of that very public, with the facebook posts mocking and harassing me.

At the exact same time, I stored these logs:

I’m of course attaching the un-redacted logs to my kiwifarms harassment report going with the Toronto Police.

Did you not even notice when you got to the facebook, the logging tag I added just for you?

And this is probably TechLady’s IP – the only other person who visited in the last hour, except for the site itself running some checks above it. She confirmed that had she opened my site with another browser. She’s now trying to convince people I’m a sexual predator, so that others will use my personal information, already posted on the kiwifarms thread, to actively get me or my family hurt by swatting. It’s the only other IP address to visit my site since! I mean probably a proxy or VPN – but that’s her. 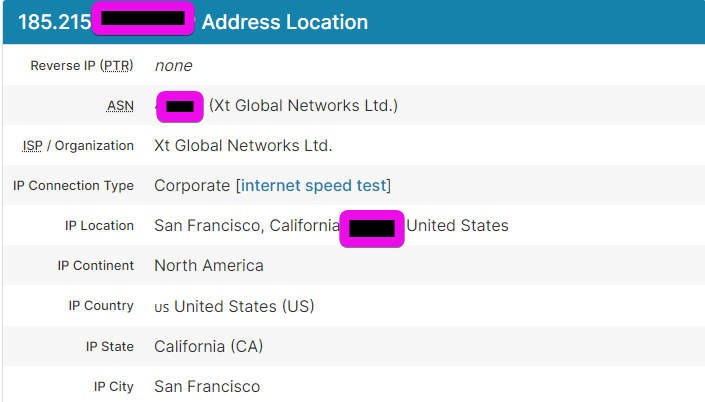 Here’s the post where Jacob Doolittle-Sightler’s Transgender book keeper – Techn0Lady from Fallout 76 (originally) – tries to convince people I’m a child predator, without a shred of evidence – based on kiwifarms lies. This is exactly the same thing Nekrosias aka Jacob Doolittle-Sightler has been trying to convince people of, for almost 3 years now.

I have never broken the law, none of my websites have ever hosted anything breaking the law, even the adult sites were all properly documented with 2257 documentation as needed, and I only worked with the bigger names in the Adult Industry – if you want to try to call their legal content something illegal, that’s a whole other battle, fight with THEM, not me – but you’re not going to have any luck – it was all legal, and I was just an affiliate for very large companies!

Please stop trying to convince people I’m a pedophile – while handing out my home address.

You want to demonize me because I ran legal adult sites what was it, 20 years ago? For which I did keep all documentation for? For which I no longer host, and for which I no longer work for – you’re researching old employees of that business, trying to prove they’re me, and I haven’t talked to some of these people in 20 years? It’s been 20 years – no matter who you found, good chances are they’re not using the same online name! But you are targeting random people to try to get me, or them, or anyone close to me in real life actually swatted and killed.

I’ve already got multiple samples from that kiwifarms thread of many of you targeting the WRONG people, for real life harassment – just recently – I guess there’ll be more, since you’re still trying to convince people I’m a pedo, in order to get me and my family killed over a video game!

The irony of this is actually how much I freaking hate kids – sorry, but they’re just annoying! I grew up fast, and I just don’t get kids. It was well known in Fallout 76, I’d leave the area when too many annoying babbly kids were around, they just… bother me, I prefer to play with mature adults.

Maybe y’all kiwifarmers should be looking into the ACTUAL CHILD PREDATOR filling your forum with lies, too…. but that’s on you, I guess…

That being said, anyone with any real evidence of children being hurt, should of course contact their local police to share that information – NOT try to convince other people on the internet that their target needs to be killed. Use legal channels, not online bullying like this. This in particular I believe is criminal – guess we’ll have to see, I’m already in contact with the Toronto Police:

This is actively a current danger to my life, and I am recording it all for law enforcement purposes. These people want me dead, they’ve been lying about me for years to try to get others to hurt me and my family – and kiwifarms is known for swatting people. They are now targeting anyone with the same last name as me, trying to find ways to hurt me, by randomly hoping to swat my family, out of what? A worldwide list of people sharing our name? That’s dangerous to COMPLETE STRANGERS as well. I gotta tell ya, almost all of my family is dead, we’re all very old – and the rest are too old for the internet, so anyone you target… probably totally unrelated, but I’m saving this info for law enforcement for THEM, too – just in case.

Kiwifarms is dangerous when they mistakenly target innocents, and try to murder-by-cop using swatting tactics.

You’re completely whacked out stalkers – here’s some of the other stuff kiwifarms has done recently – including when they targeted the wrong person for swatting – they want transgender people dead THAT MUCH: 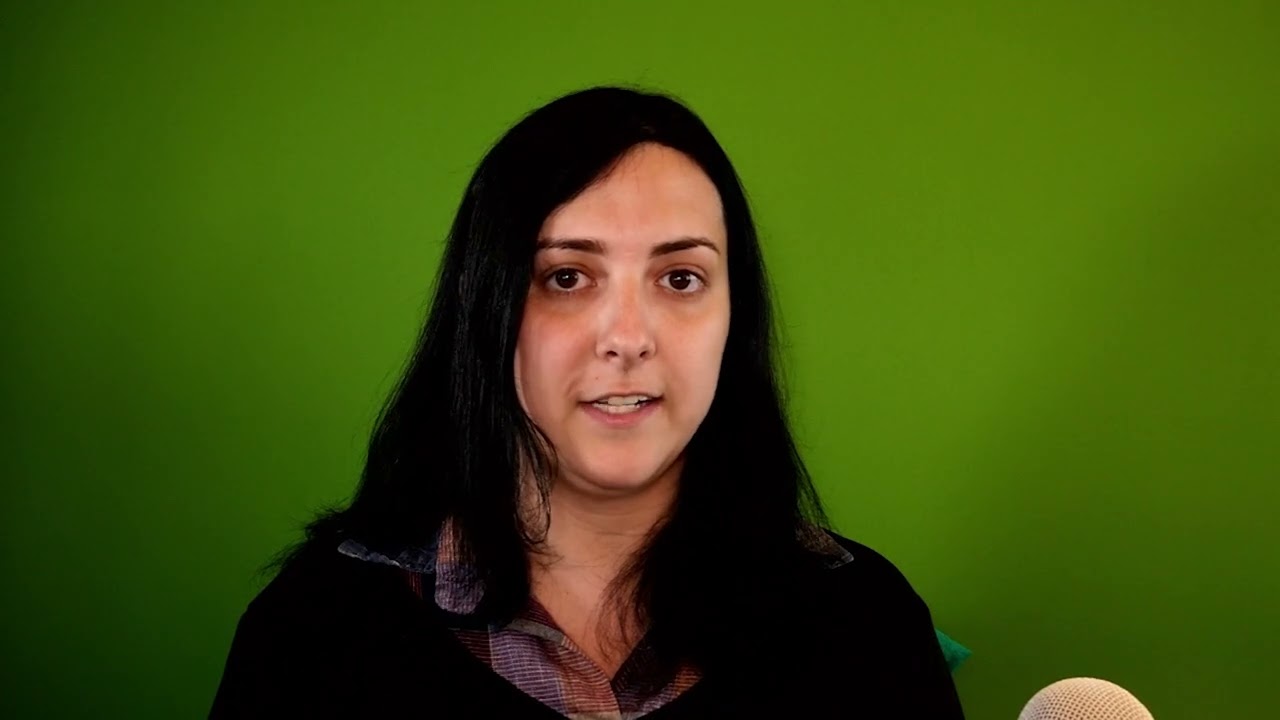 I worry for the safety of myself, my family, and even random people who share the same last name as me. I worry someone is going to randomly get hurt, 10 years down the line, because a thread of lies on kiwifarms targets some random person.

I am so worried about my continued safety, I did contact the Toronto police – this is a little insane, I haven’t even played that game in 7 months – this is STILL going on!

The blog is up in case I get murdered by cop some day – that’s their goal, to get me swatted. I’ve recording some of them saying exactly HOW they’ll get me swatted, and trying to get me swatted in Fallout 76 –  People die in accidental swattings. If that happens, all of this public information will at least be here so people can look into it better. It’s also in case one of the right-wing transphobic bigots from kiwifarms tracks me or my family down in real life, thinking we’re criminals, for vigilante justice – or just because they hate transgender people for existing – which they do.

Don’t EVER play Fallout 76, there are some homophobic, transphobic, bigoted right-wing freaks infesting what’s left of the public voice chat and PVP scene who will try to destroy your life simply for existing, or if you ever even slightly annoy one of them – all because of a video game.

I mean, techn0lady is trying to convince people I’m a pedo, and others should hurt me – IN REAL LIFE – THIS WEEK – even though the only reason she’s angry at me is because I didn’t enter her underground base in Fallout 76 3 years ago.

PS: Don’t forget, Jacob Doolittle-Sightler – You are also the reason I got at least one IP to report to law enforcement for techn0lady, as well, and all the extra info that actually gives me, from the weblogs. I’m sure she’ll be thankful for that. She’s your transgender book keeper, right? Implying payment goes one way or another, so police should hopefully be able to get WAY more info than me! Will you fold and cry like a baby when contacted by police, and give up all info on techn0lady, who is criminally harassing me? I sure hope so, but it’s out of my hands!

“Police descended on Patrick Tomlinson’s east side Milwaukee home at 1 a.m. three weeks ago with guns drawn after receiving a call from someone claiming to be Tomlinson.” 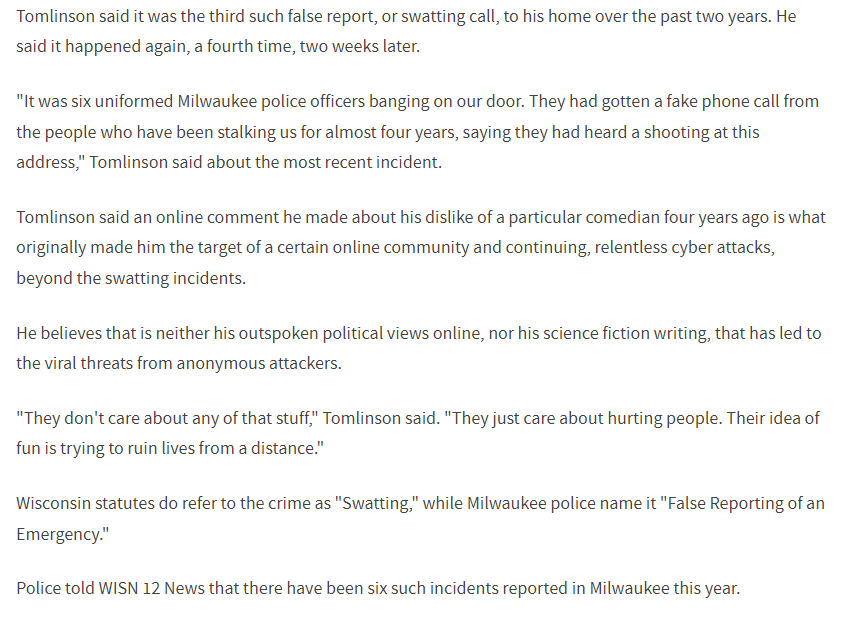 He’s just posted on twitter today… It’s kiwifarms he’s referring to, of course. I mean, people target ME because of some video game, they target HIM because he made a coment about some comedian – for years, and years, and year. 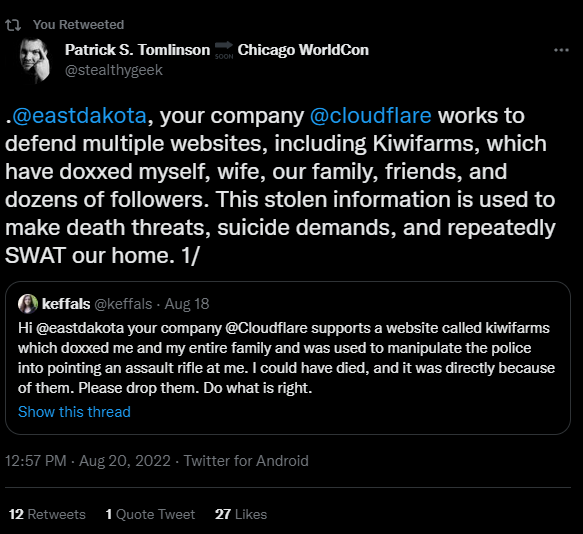 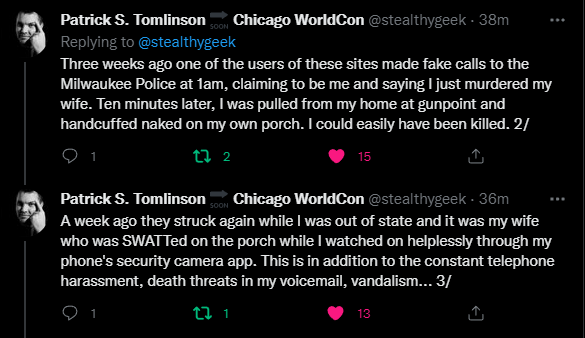 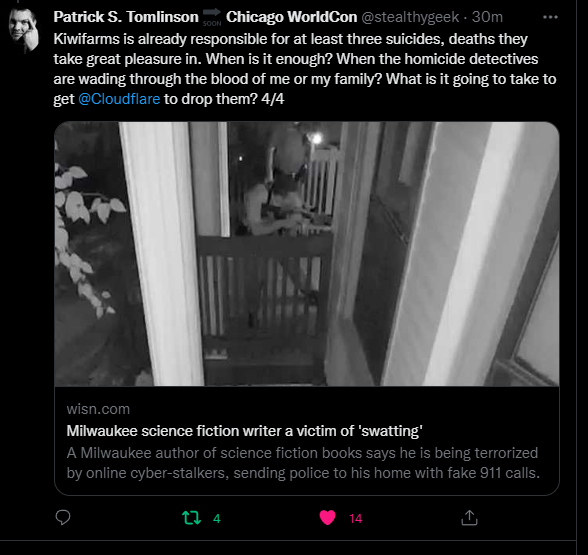 I also think Cloudflare should remove kiwifarms as a customer, and google and all major search engines should remove the dangerous kiwifarms harassment site from their listings before more people are swatted or killed.