Welcome back! This week, we’re sharing an inside look at our next update for Fallout 76, including the new features and improvements that are on their way to the Public Test Server (PTS) at the end of next week. We’ve also included details on our first Scrip Surplus event, which begins today.

NEW FEATURES COMING TO THE PTS

We just released our Inventory Update a few days ago, but we’re already looking to bring our next game update to the Public Test Server as early as next Friday, February 5. We’re excited to share an overview of the new features and improvements we’re planning to include in that update, and we hope as many of you as possible will join us for some playtesting and feedback in the PTS. 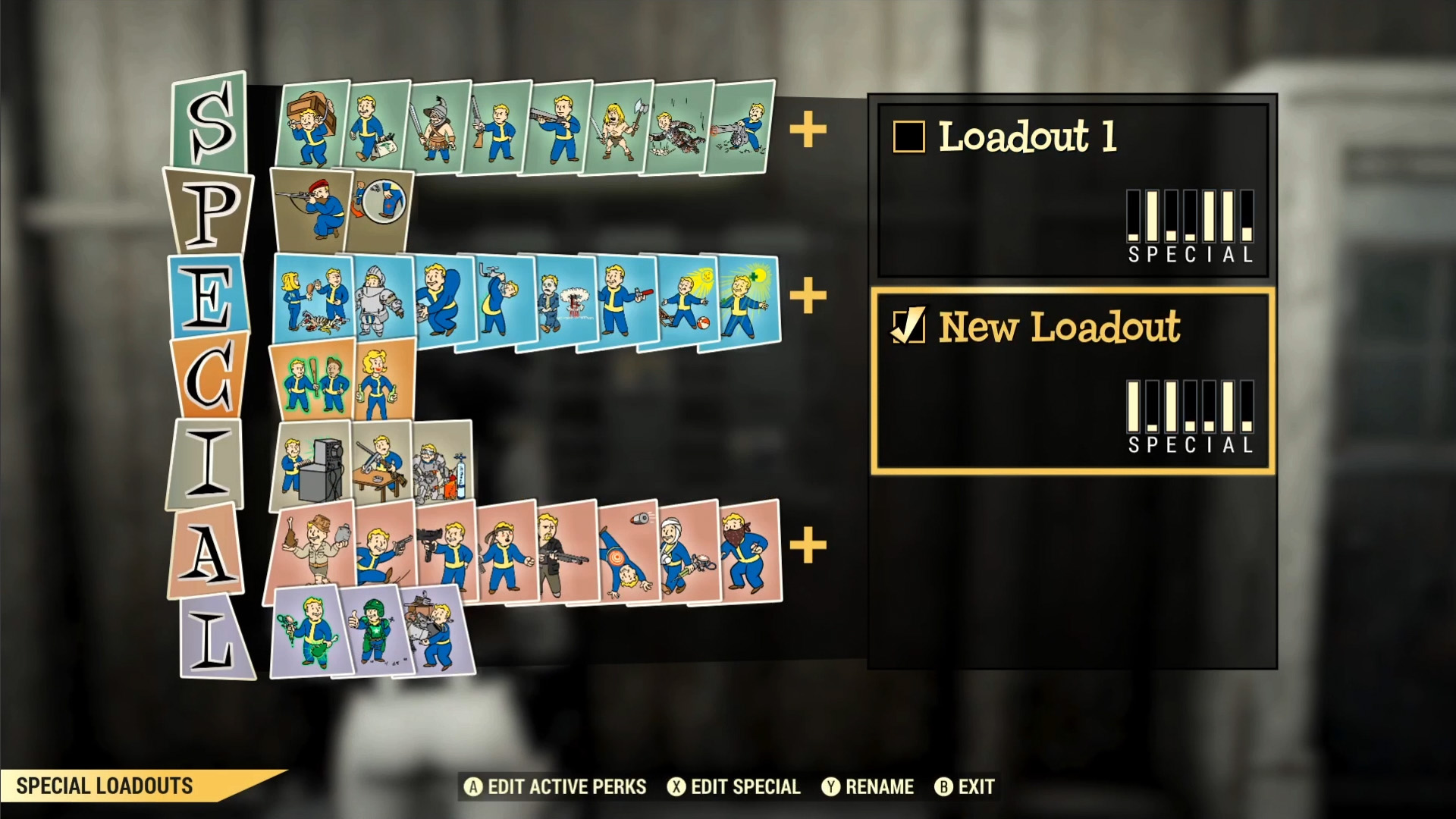 One of the most common requests we’ve seen from the community is for a way to completely reset a character’s S.P.E.C.I.A.L. attributes so that it’s quicker and easier to overhaul your build. We hear you, and starting at level 25, your characters will gain access to S.P.E.C.I.A.L. Loadouts, which offer the brand-new ability to reboot all of your S.P.E.C.I.A.L. points, for free, whenever you’re in your C.A.M.P. This will allow you to create and save custom S.P.E.C.I.A.L. point allocations and Perk Card assignments, and then switch between them. 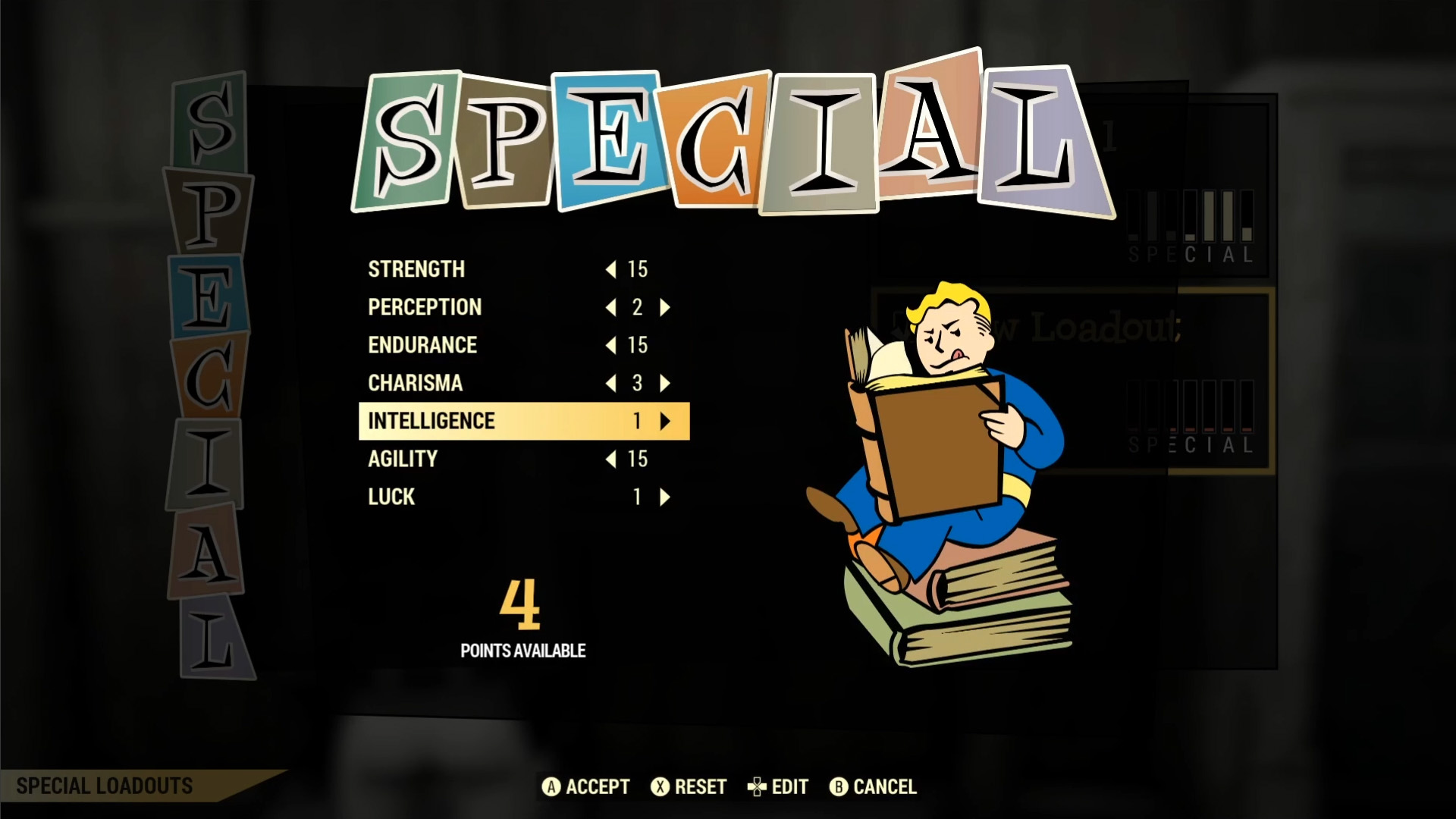 To swap your Loadouts, edit your Perk Cards, or S.P.E.C.I.A.L. points, simply visit a Punch Card Machine. You’ll be able to build a Punch Card Machine in your C.A.M.P., and find them at Train Stations around Appalachia so that you can make changes when you’re on the go. Initially, players will gain access to two S.P.E.C.I.A.L. Loadouts per character, and we’re exploring additional ways to unlock more Loadouts in the future, such as through the Atomic Shop. 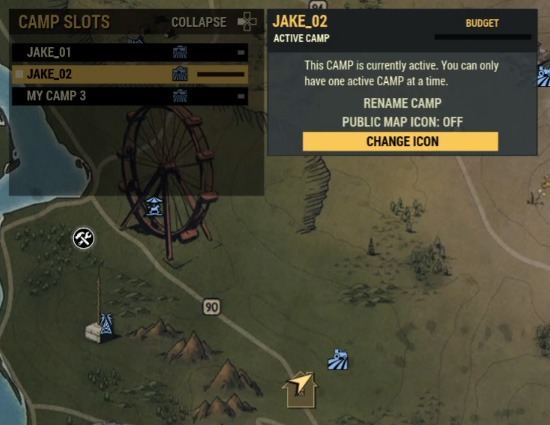 It can be tough to decide between building a brand-new home or sticking with your current C.A.M.P. creation, because you can only have one at a time. Going forward, you won’t have to choose whether to open a Wasteland B&B, fortify a Free States outpost, or run your own Red Rocket Station—Instead, C.A.M.P. Slots will help you do it all. Your characters will be able to build multiple different C.A.M.P.s, each with its own location, build budget, custom name, and even a unique map icon. While you will only be able to have one active C.A.M.P. at a time, you can easily switch among them using a new C.A.M.P. Builds widget or your C.A.M.P. icons on the map.

Further, managing the items you want to sell has never been easier, because your Vending Machines will now feature a large pool of item slots that are shared for every instance, across all your C.A.M.P.s. Display Cases will be separate per C.A.M.P., allowing you to showcase different items at each one. Along with these changes, we’re also working to enable Displays in Shelters, so that you have even more opportunities to show off your loot. We’re still implementing some of this Vending and Display functionality, so these changes may arrive after the PTS has already begun.

Our first expansion for Daily Ops brings a major update to the feature that nearly doubles the amount of randomized content that’s currently available. To begin, you will be able to dive into the all-new “Decryption” game mode, in which you and your teammates will hunt down enemy “Code Carriers” in order to disable radio interceptors for Vernon Dodge. Enemies in Decryption have extra deadly attacks that will bypass your armor resistances, so you may want to employ stealthier tactics to take them down rather than a brute force approach.

In addition to Decryption mode, you’ll brave a variety of new Daily Ops locations, including Vault 96 and the Watoga Raider Arena. You’ll battle new enemies, such as the Scorched, and Mothman Cultists, and even face down new Mutations, like enemy groups that can heal each other, enemies that create toxic hazards on death, and more. We’ll add the new mode, locations, enemies, and mutations to the existing randomized pool so that you always have a fresh challenge to conquer. Of course, there will also be new rewards for your efforts, like new weapon plans and loot, so be sure to keep some room in your inventory.

We’re adding a new Aim Assist setting to help players who use controllers more easily snap their crosshairs to enemies and stay on target when aiming down the sights with ranged weapons. We introduced Aim Assist in a previous PTS, but we’ve made some tweaks since then and would love to hear what you think!

If you’ve ever needed to grill up a bunch of Radstag Meat, you know it can take some time (and lots of button presses) to get through your stockpile. In our next update, we’re adding crafting sliders to all Workbench menus so that you can assemble, forge, cook, or manufacture an entire stack of an item all at once. All you will need to do is move the slider to the number that you want to craft before you hit confirm.

We’re expanding on the World Activity Menu to include much more than Daily Ops. Going forward, you’ll find it includes active Nuke Zones, nearby player Vending Machines, and events, giving you an easy way to find and Fast Travel to these activities.

We’ve read some feedback from the Fallout 76 community that melee attacks could use a tune up. We agree, and so we’ve made some tweaks and squashed a few bugs. Going forward, your hacks, slashes, smashes, and chops should feel a little more fluid and hit more reliably.

We hope you’ve enjoyed this overview of what’s next for Fallout 76! If you own a PC copy of the game through Bethesda.net, we would love to have you join us in the PTS next week to try out everything mentioned above, post feedback, and report bugs. Stay tuned for additional PTS details in our next Inside the Vault.

Calling all legendary hunters! A little later today, we’re kicking off our first Scrip Surplus weekend, which doubles the total amount of Legendary Scrip that’s available from Legendary Exchange Machines per day. Gather up all your unwanted legendary items and be sure to exchange them for up to 300 Legendary Scrip each day until the Scrip Surplus concludes on February 1.