In this week’s Inside the Vault, we’re sharing an in-depth preview of Fallout 76 Season 3, which will begin after a small update next Tuesday. We’re also looking ahead to our first patch in 2021, which will contain a variety of community-requested quality-of-life improvements. Finally, we’ve got details for you on this year’s Holiday Scorched event, as well as an upcoming charity stream.

On December 15, we’re kicking off our third Season, which will introduce the new “Scribe of Avalon” Scoreboard. This Season, you’ll step into the world of Astoundingly Awesome Tales to aid the intrepid time-traveling historian, K.D. Inkwell, as she investigates the mysteries behind an explosion of technologic advancements in the medieval civilization of Avalon. 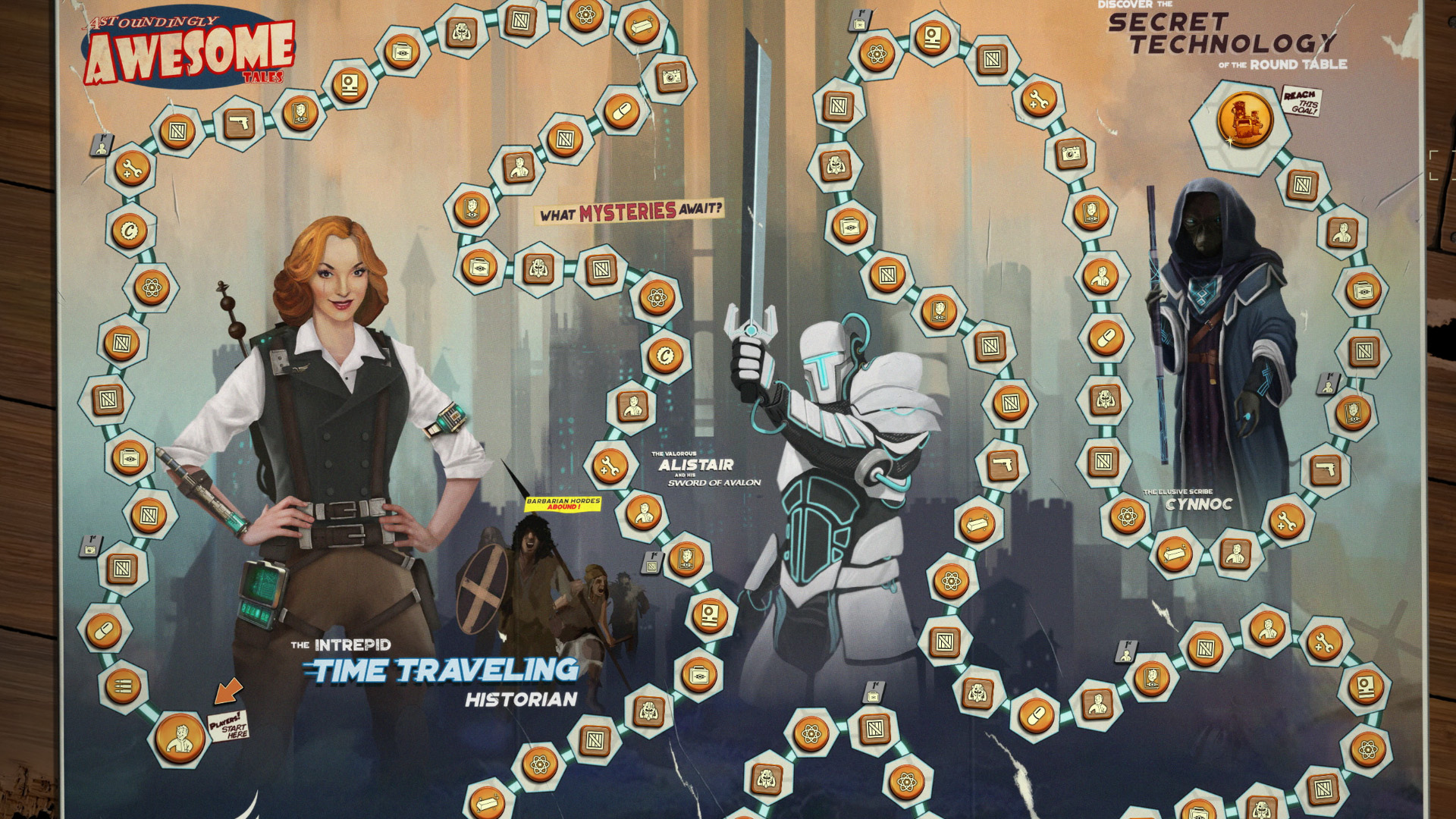 Of course, we’ve added a host of new rewards that you can claim as you and Inkwell explore the past. As with previous Seasons, you will be able to claim a reward for your characters every time you achieve one of this Season’s 100 ranks. These include themed cosmetics, C.A.M.P. items, in-game currencies, Perk Card Packs, consumables, and more. There are also several new types of rank-up rewards, like Lite Allies, which will be available for the first time! Finally, we’ve added a number of bonus rewards that Fallout 1st Members can claim at certain milestones in addition to the standard rewards those ranks offer.

Season 3 brings a broad assortment of rewards that will be yours for the taking as you rank up. It offers a host of brand-new cosmetics, like Guild of Antiquities and Vertiguard Power Armor paints, a set of K.D. Inkwell themed cosmetics, and weapon skins, as well as a variety of items for your C.A.M.P., like the Gold Collectron Station, and the Red Rocket Vending Machine. As mentioned above, we’re also introducing a number of items that will be making their debut as rank-up rewards:

Now that you’ve got a feel for some of the new rewards you will unlock as you travel through time with K.D. Inkwell, here’s a look at just a few of the items that will be up for grabs this Season: 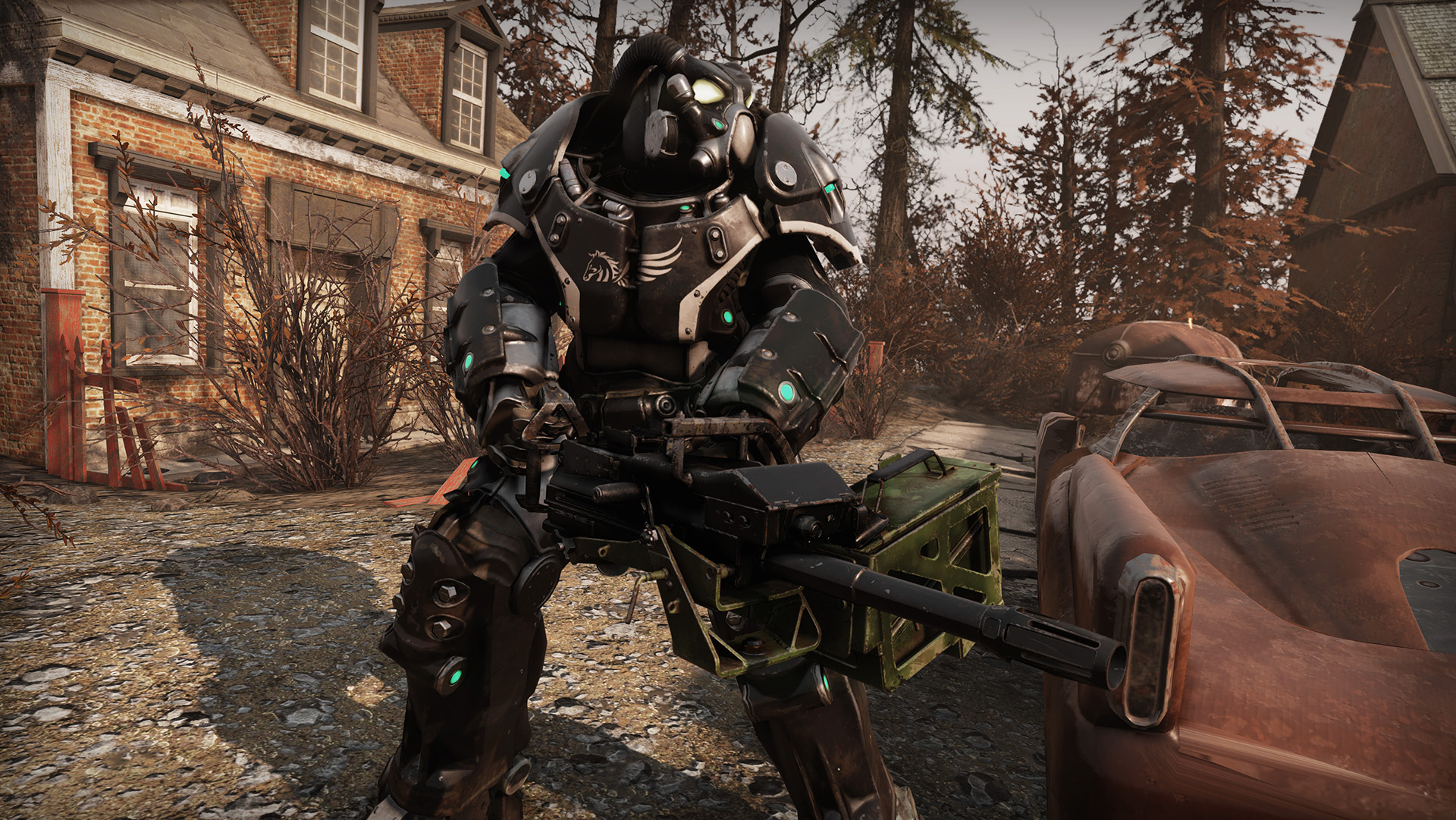 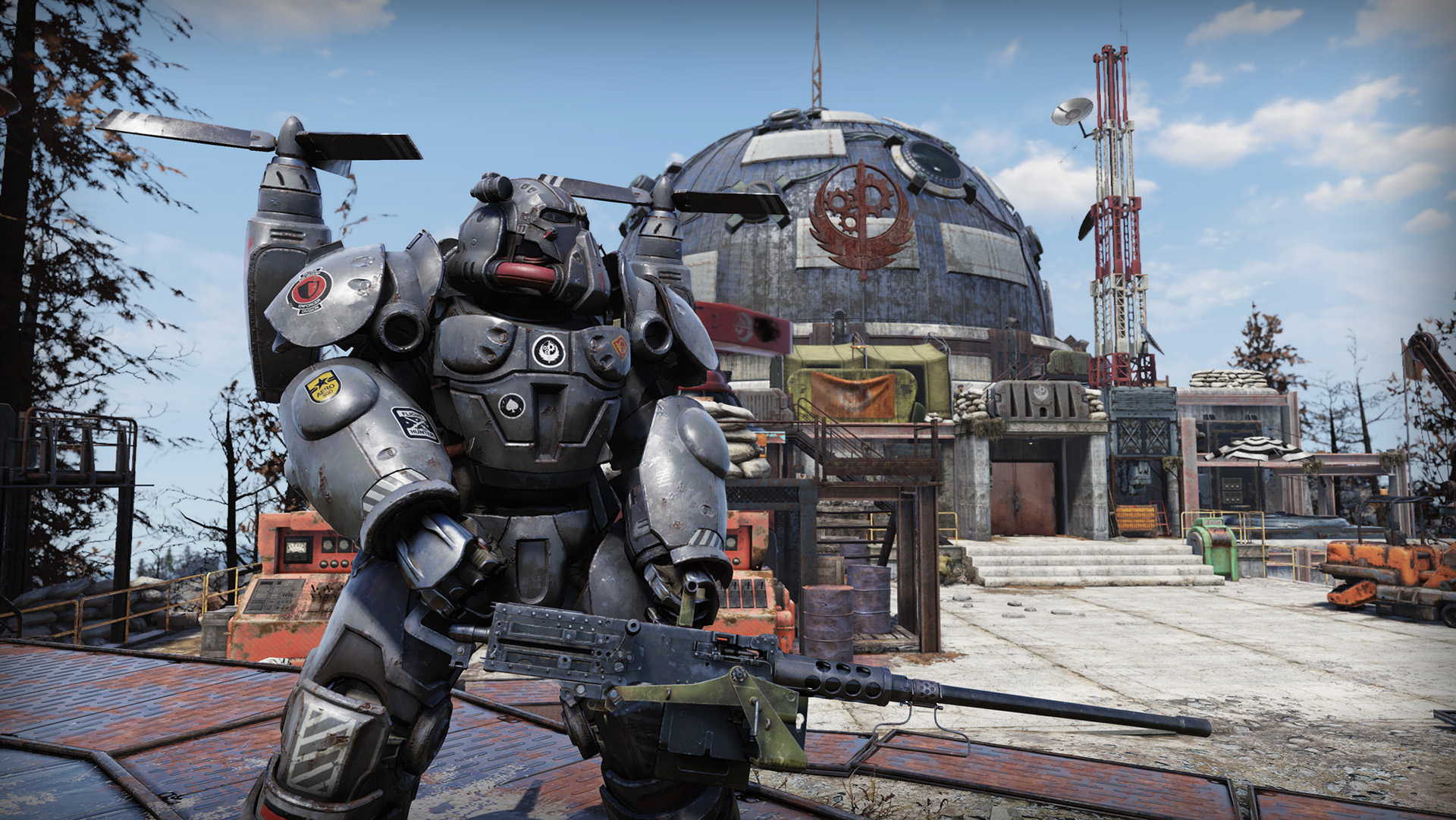 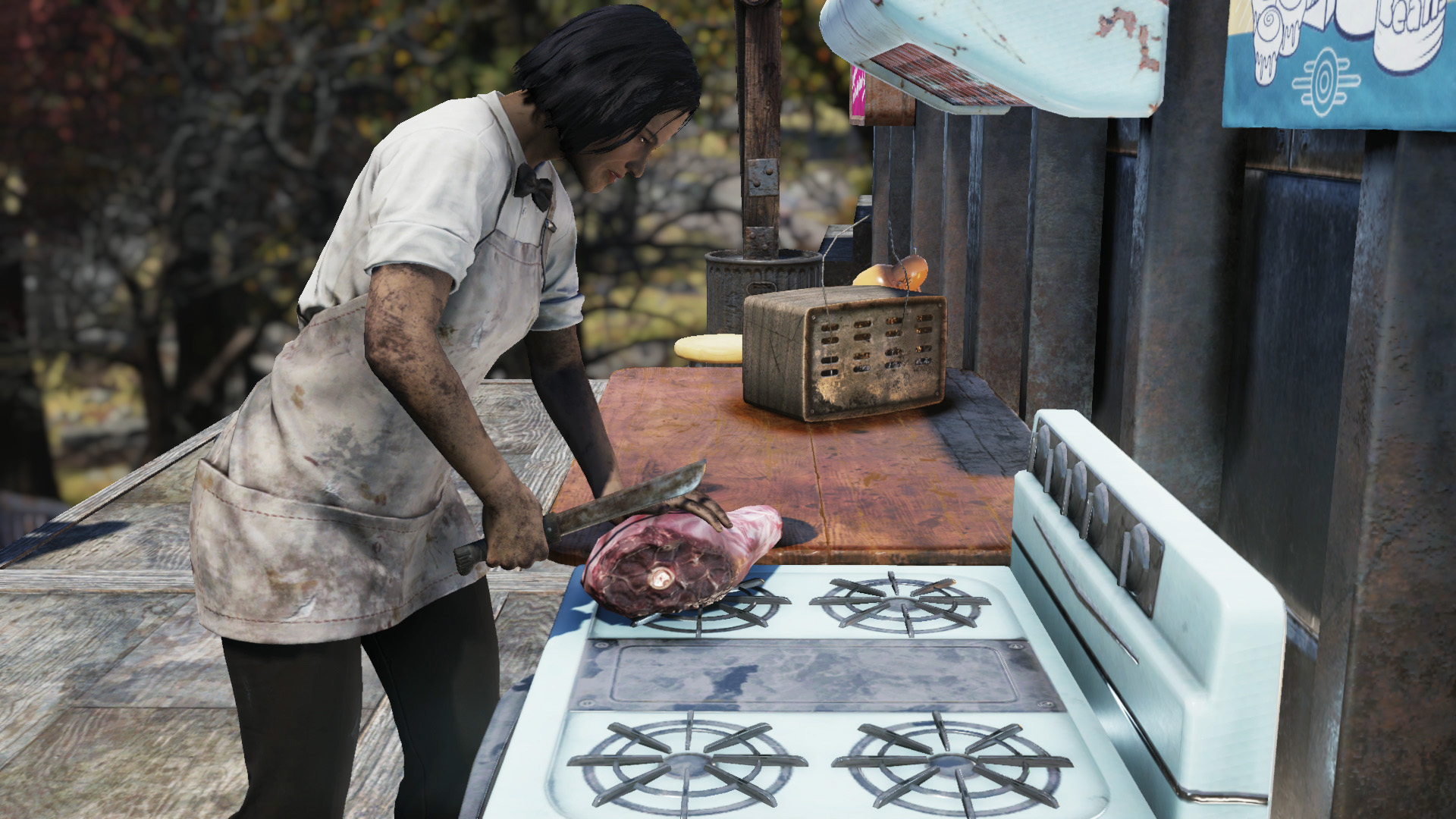 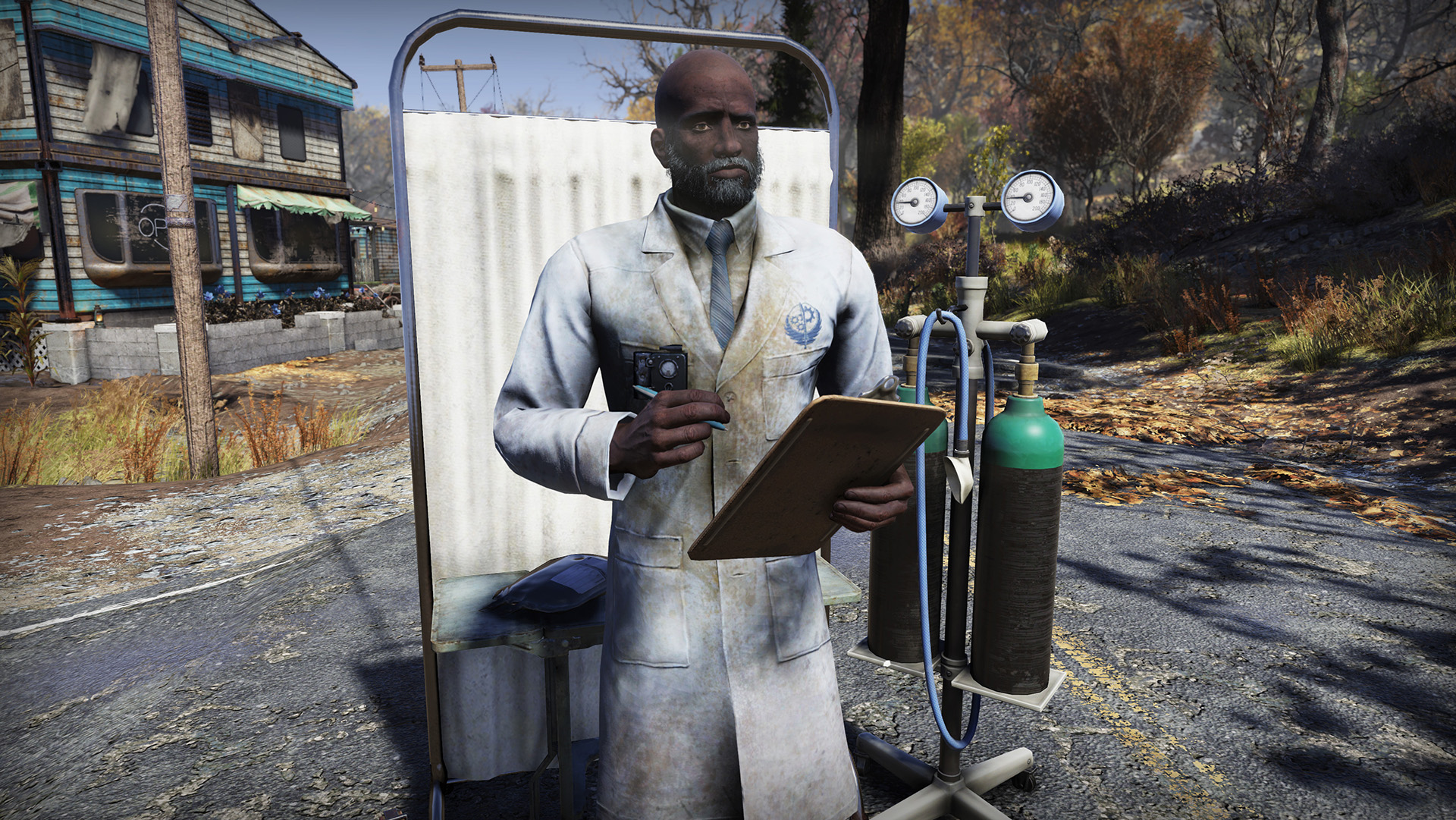 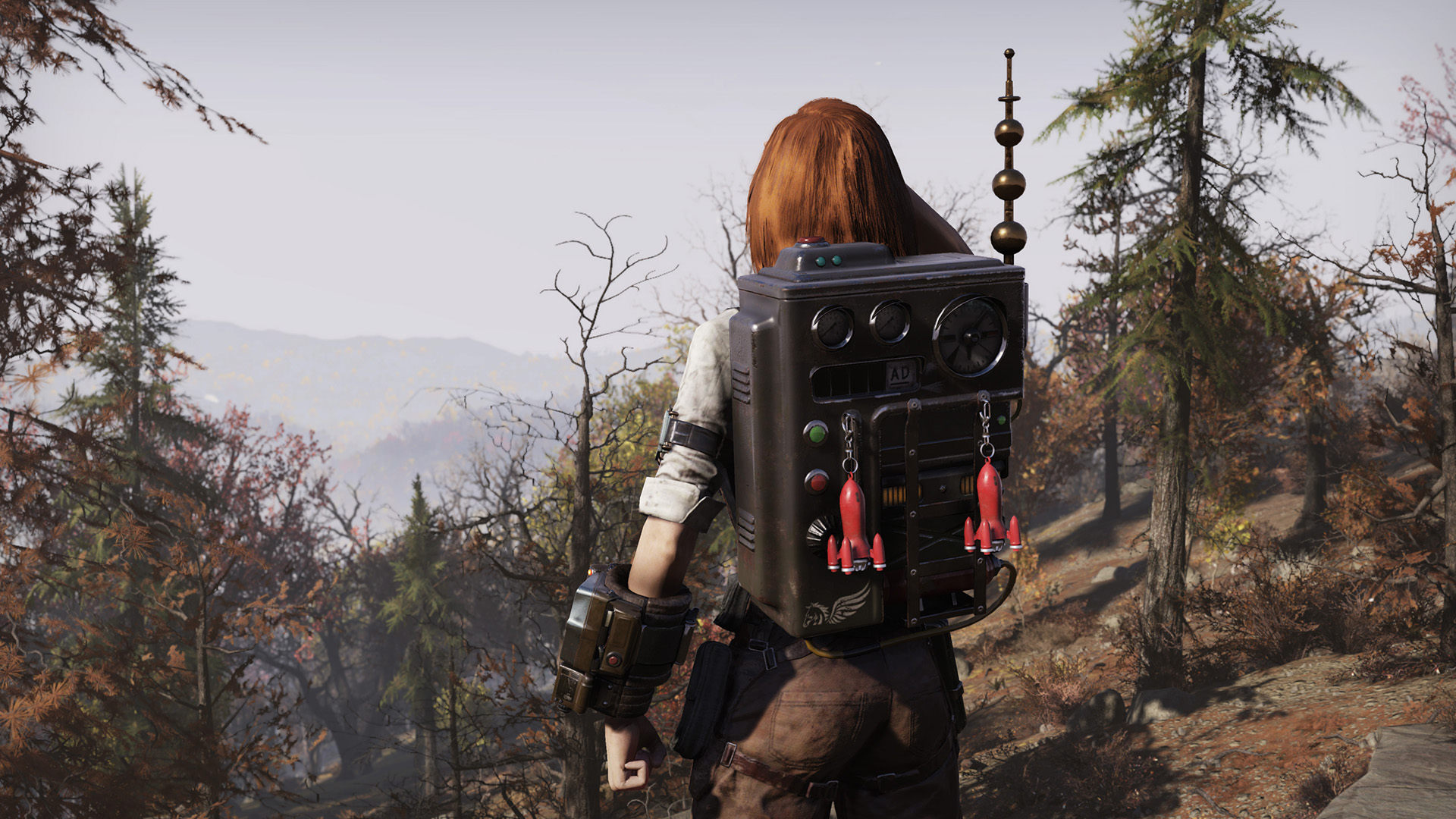 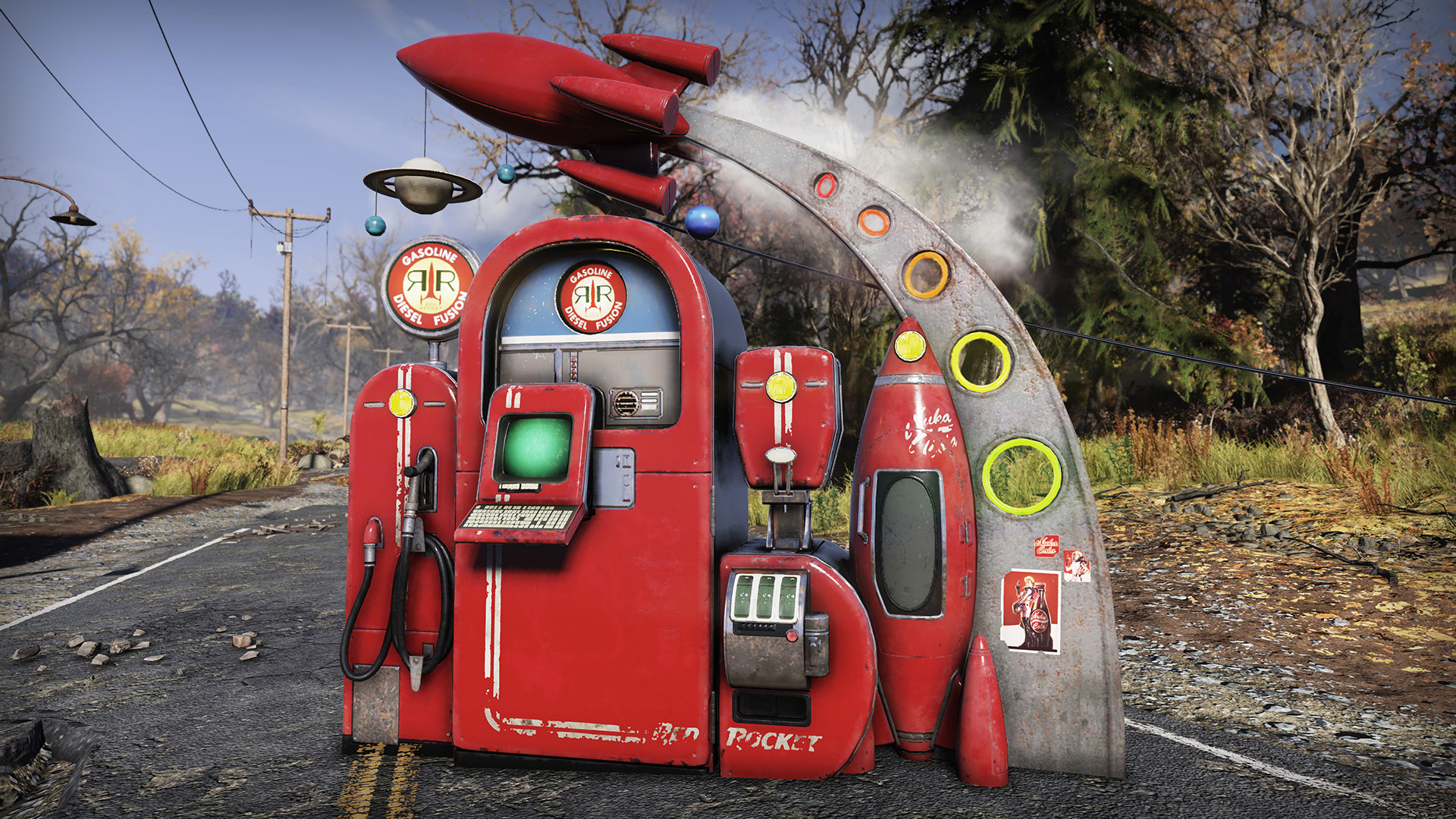 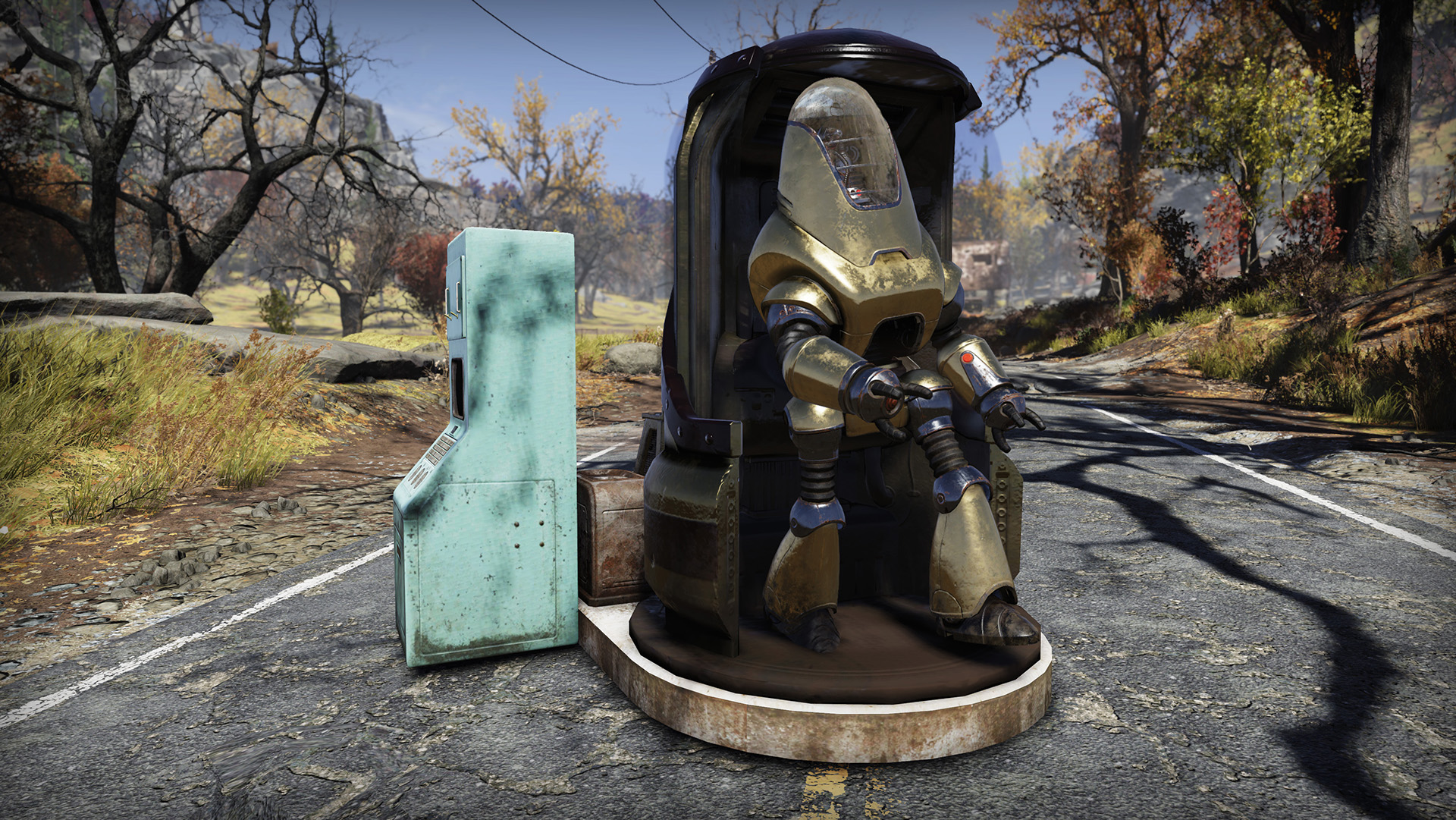 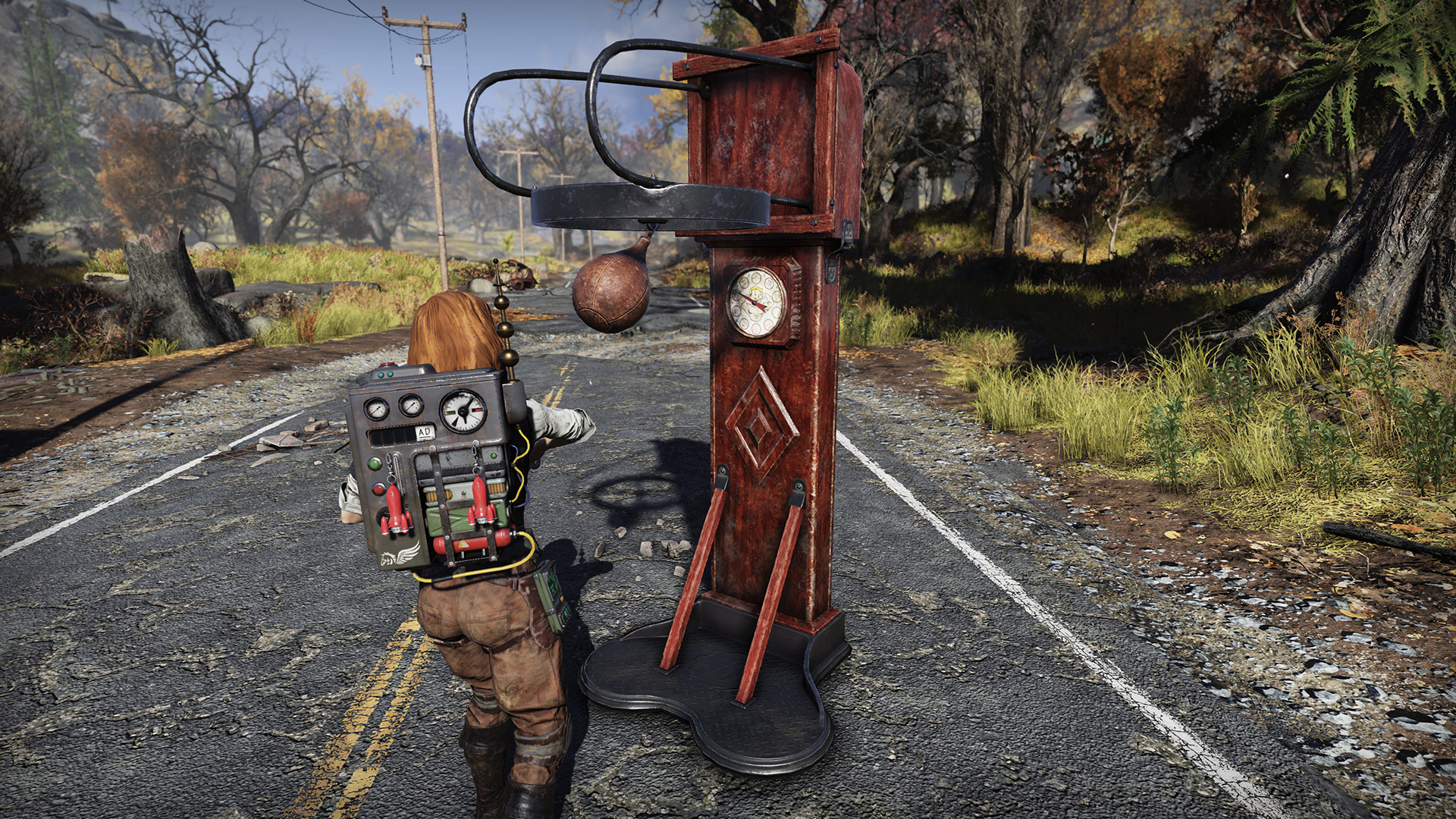 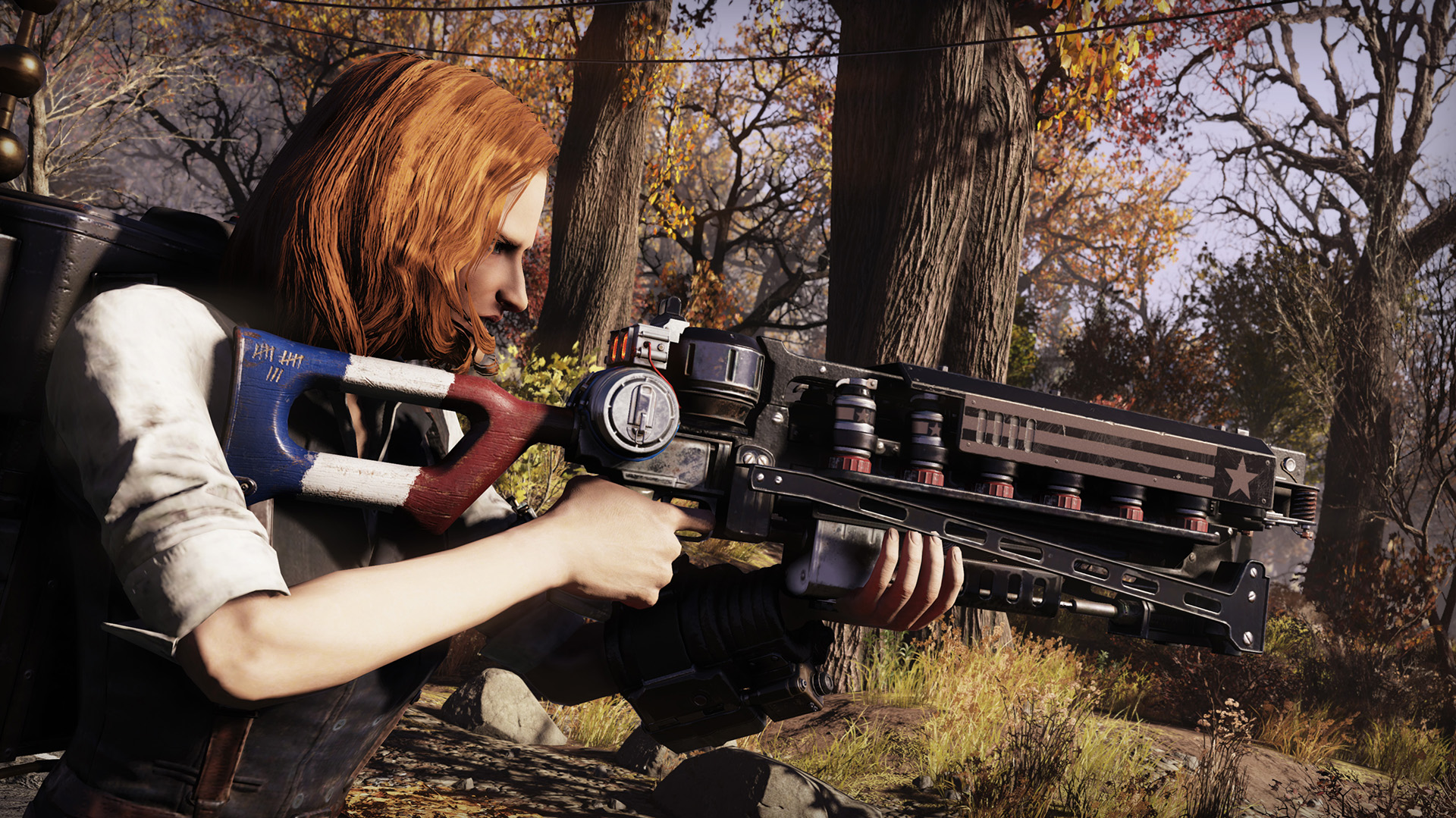 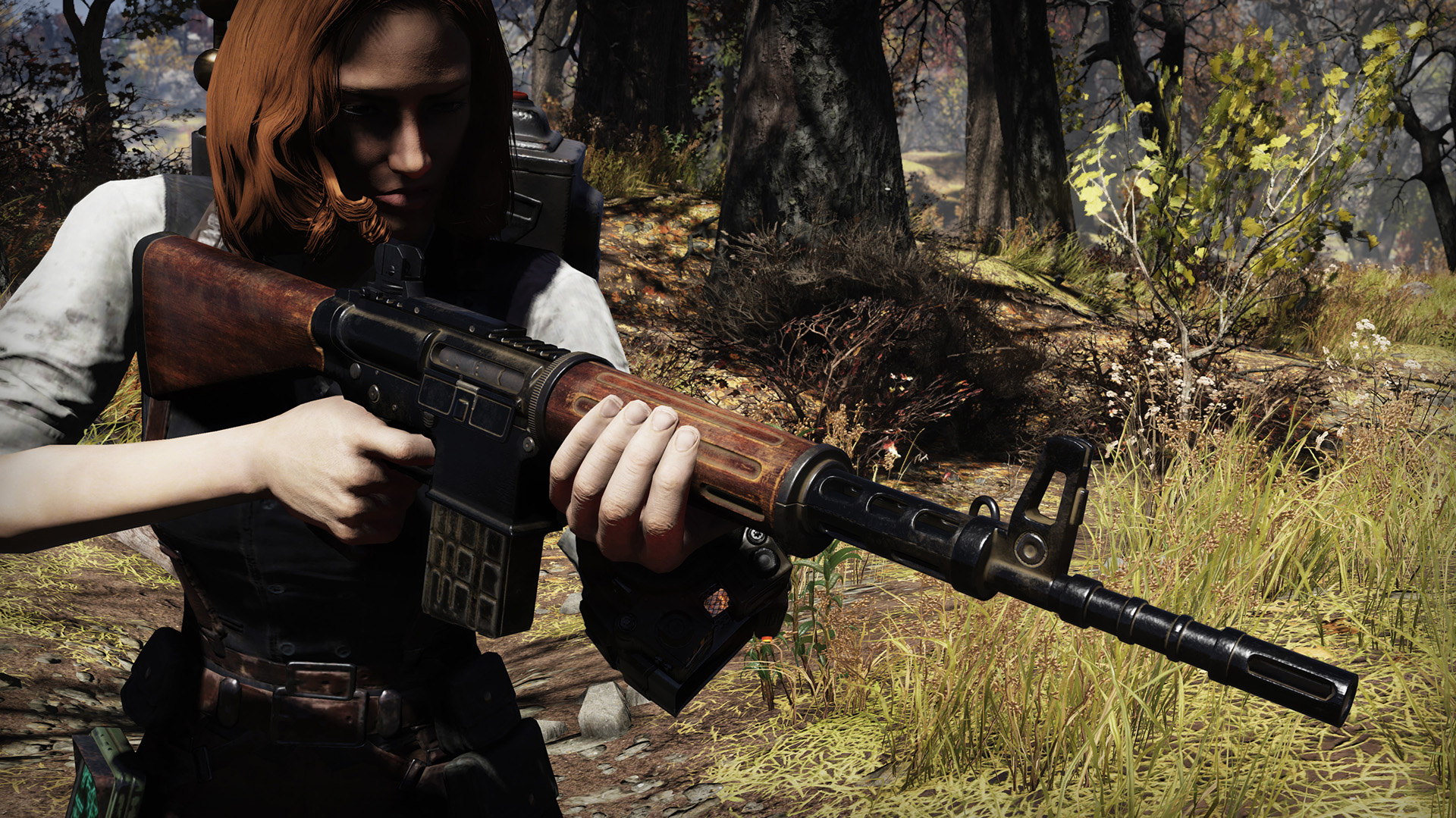 As 2020 draws to a close, we wanted to peer into the future to share an early look at some of the changes that are coming with our first update in 2021. This update is going to focus on a variety of quality-of-life improvements that have been common requests from the community, and we’ve rounded up a few highlights to help whet your appetite: 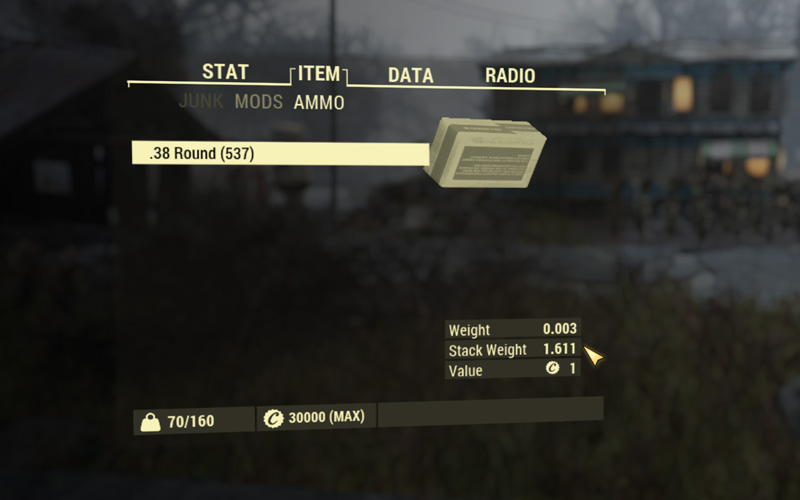 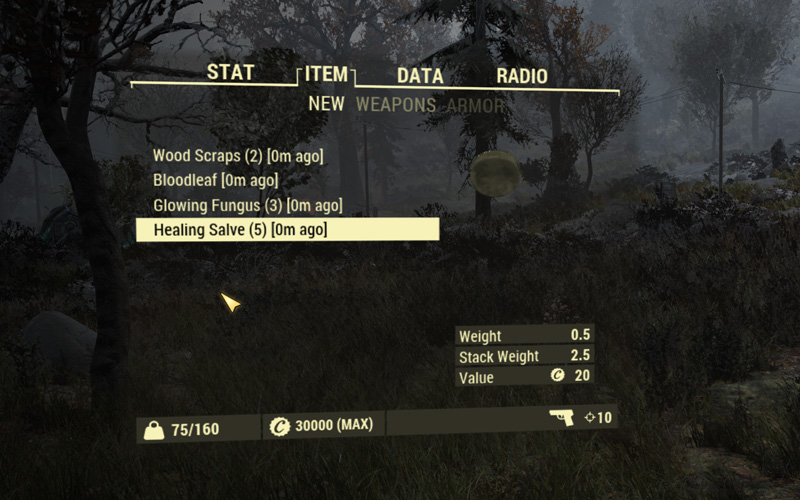 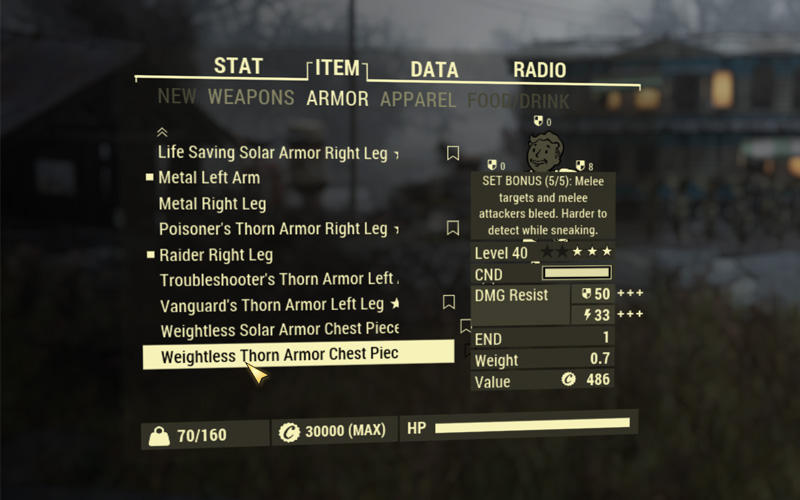 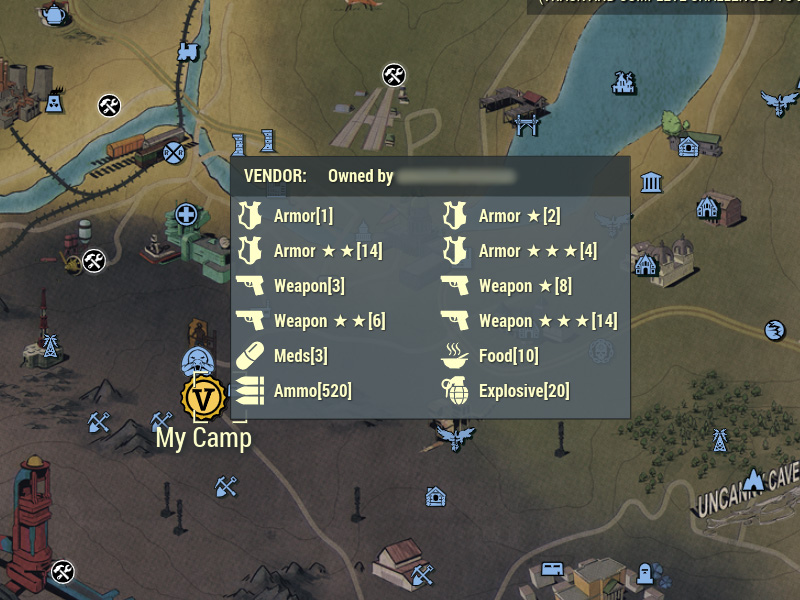 We’re hard at work on this update, so we aren’t ready to announce a release date just yet. However, we hope you will join us for a new round of playtesting in the Public Test Server next year. Keep an eye on Fallout.com for those details in January.

The days are growing colder and that fireplace in your C.A.M.P. is starting to look cozier by the minute. However, there’s no time to curl up on the couch with hot cocoa just yet, because there are presents out there with your name on them. Some of the Scorched are getting ready to don their most festive attire, and they’re hard at work wrapping up gifts in preparation for the Holiday Scorched event, which begins next week.

Starting Thursday, keep an ear out for the sound of jingling bells and scan the horizon for any Scorched dressed in holiday garb. Each Holiday Scorched you take down will drop a Holiday Gift that you can unwrap to get some treats for your stocking and a chance at rare plans. We’ve added some new rewards this year, which is all the more reason to go on the hunt. You can also spend Caps to purchase Wrapping Paper from Vendors around Appalachia, which you can use to craft Holiday Gifts for even more loot. Here are the event’s start and end times:

On Thursday, December 17, we’ll be hosting a charity stream benefitting Toys for Tots! While the stream will run from 1:00 p.m. ET to 4:30 p.m. ET, and feature a variety of Bethesda games, Fallout 76 will have its own hour-long segment starting at 2:00 p.m. ET. Join Pete Hines, Jessica Finster, and Devann McCarthy as they guzzle Nukashine using brand-new characters and then race back to Vault 76. During the show, your donations to Toys for Tots can affect the race by making the hosts stop to perform an activity, like blowing up balloons, or even tossing back another Nukashine.

Join the fun by tuning into Twitch.tv/Bethesda at 2:00 p.m. ET on December 17 to catch the race live and aid our quest to make the holiday season a little brighter for some great kids.

Next week, we’re going to take a look back at how Fallout 76 evolved over the course of this year, and we will return with new Inside the Vault articles for you in 2021. Warmest wishes to you and yours from all of us at Bethesda Game Studios as we head into the holidays!