This interaction happened though the Market 76 ‘report a user’ bot. I was pasting a link to them about some of their users.

This is the response I got, including the threat of a ban. You can easily see that this was all through their bot – and happened after I tried to report some of their trash Market 76 Users. 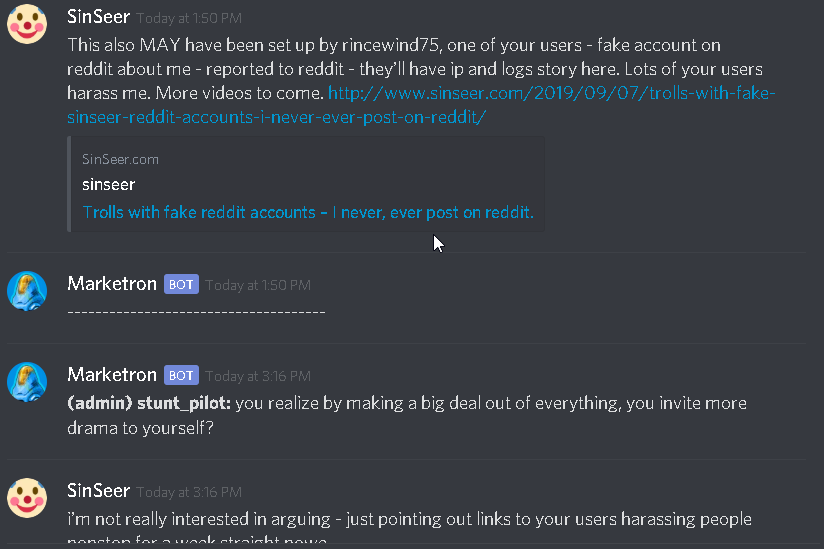 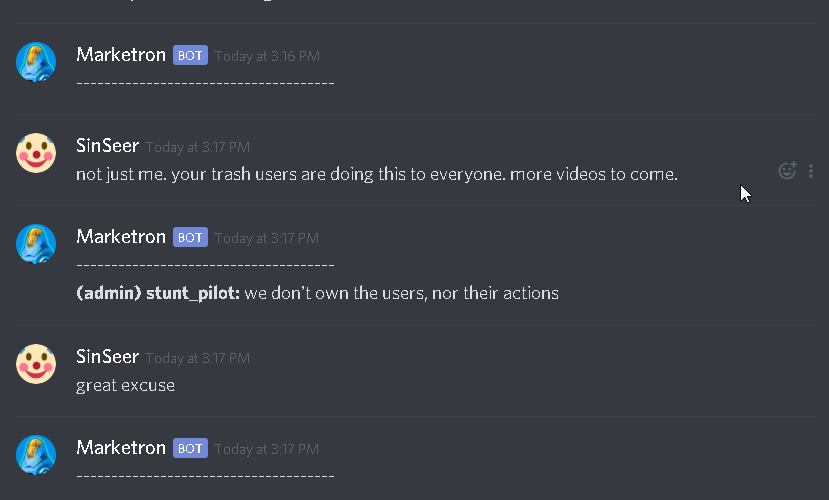 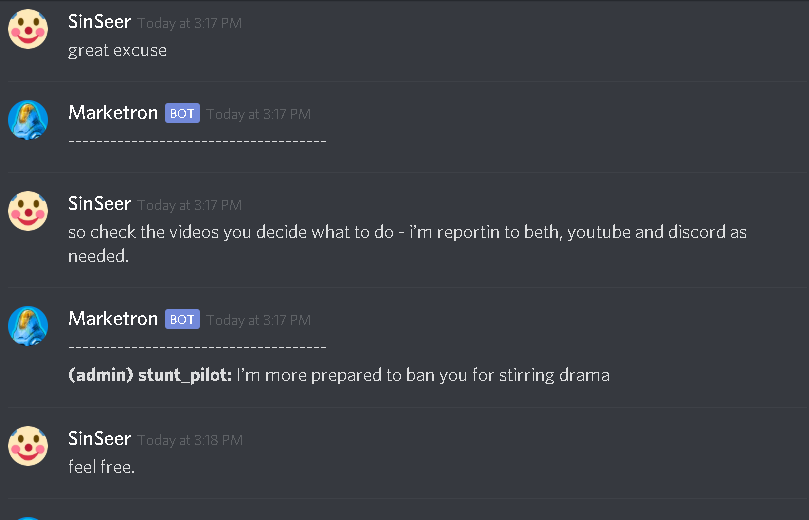 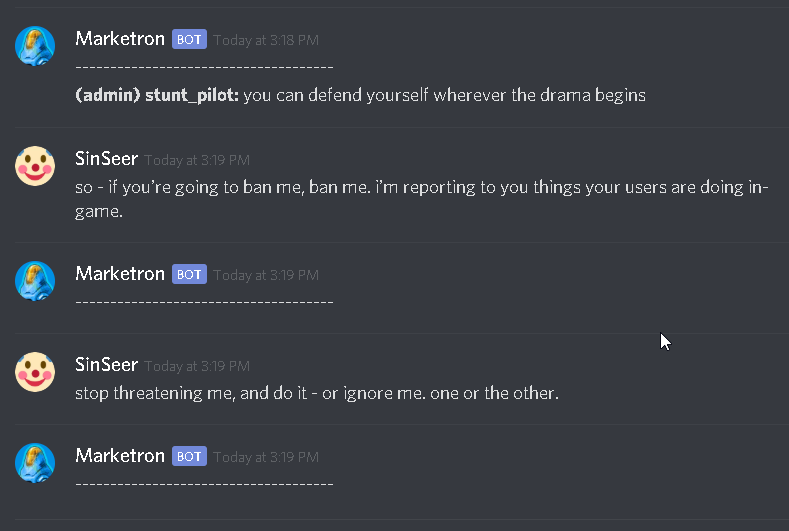 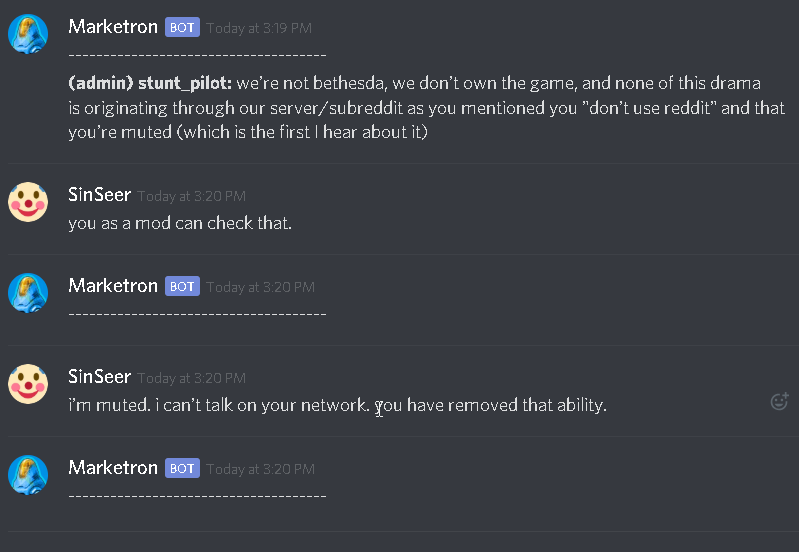 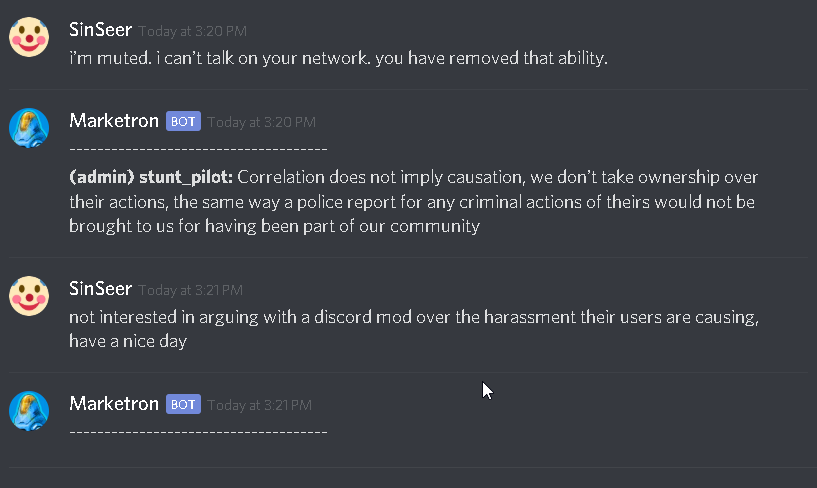 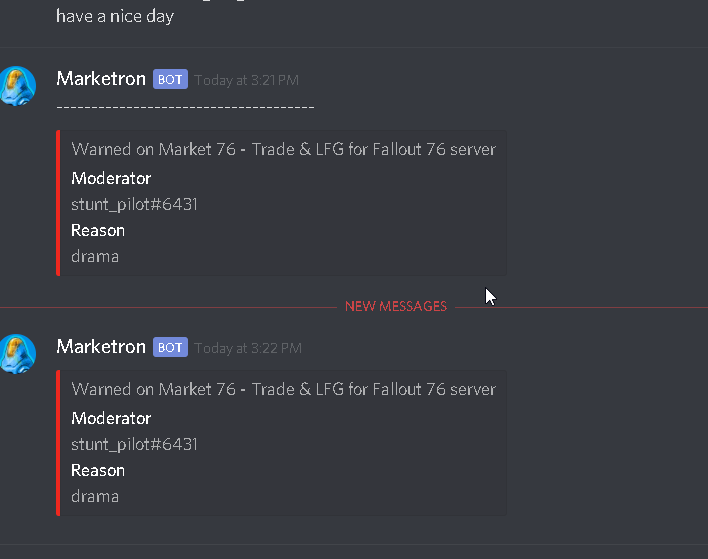 So what was that warning for, did I cause drama with the bot, since I”m muted and can’t talk there, can only read? Wow. Nice Discord Network. Not at all filled with trolls. This is one of their Mods.

Also – for all the good people on the Market 76 servers suffering with these trolls – we have a better place – please – if you’re good people – come to us: You can see for yourself. If you’re not a troll, you’re going to have a great time with us. We’re good people too!

UPDATE: This was converted to a ban seconds later – check their logs – easy enough to see – I’ll grab the screenshots later – this trash is tiring!

Okay – I still do not think it was fair at all to take a ban on your network for using your bot – and I do not like the griefer trolls  on your network… I will give you points for this attitude though. That’s the right way to play. 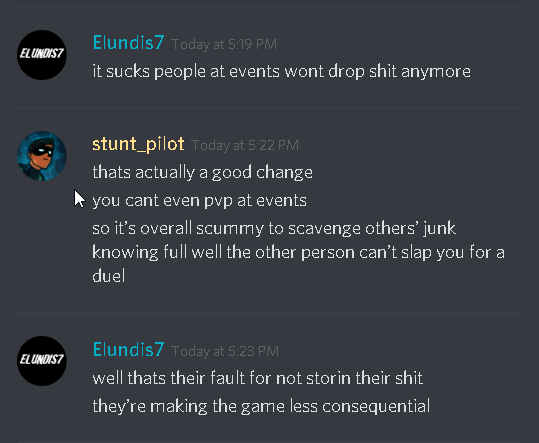