I’ve had faked accounts created in my name on reddit, and I’ve been doxxed multiple times from the “Reddit” platform and their toxic group players. They put my name and address on their reddit profiles, and I had to report that and get it removed, but it was way too late.

The moderators on the Reddit Fallout Network Discord just hate me, and have spent a lot of time trying to cause me trouble over the past 2 years. They’ve stalked me, they’ve harassed me, and they tried to make me an un-person throughout the entire reddit and fallout ecosphere of communities by lying to their friends to get me banned from Discords I’ve never even spoken in.  Some of them are the most toxic people I’ve ever met. Some have made threats over discord, and have had their accounts deleted, but that won’t stop these toxic reddit and discord people. They hate the fact that I report so many of their duper and exploiter friends, you see.

Here’s some previous problems our community has had with Reddit Fallout Network Discord is documented here. Zeekx, a former griefer and stream sniper – and now moderator of Reddit Fallout Network Discord has been using it as a place to recruit friends to harass me and my community for a very long time. He uses them as weapons to do his dirty work, to continue a war his friends started – by being recorded by me for using exploits and cheats.

As a result – I no longer accept users from Reddit Fallout Network Discord on my friends list at all – too many of them are connected with him, and his friends. Sorry to the rest of you, but this has gone on for a very long time, and our whole community has to do what we can to protect ourselves from this nonsense, so we can play the game.

Original Article Below – I think I know who made the fake accounts, but I’ll never be able to prove it without Reddit’s help.

Reduced to making fake reddit accounts about me and posting.

Just stop with the lies and harassment already? 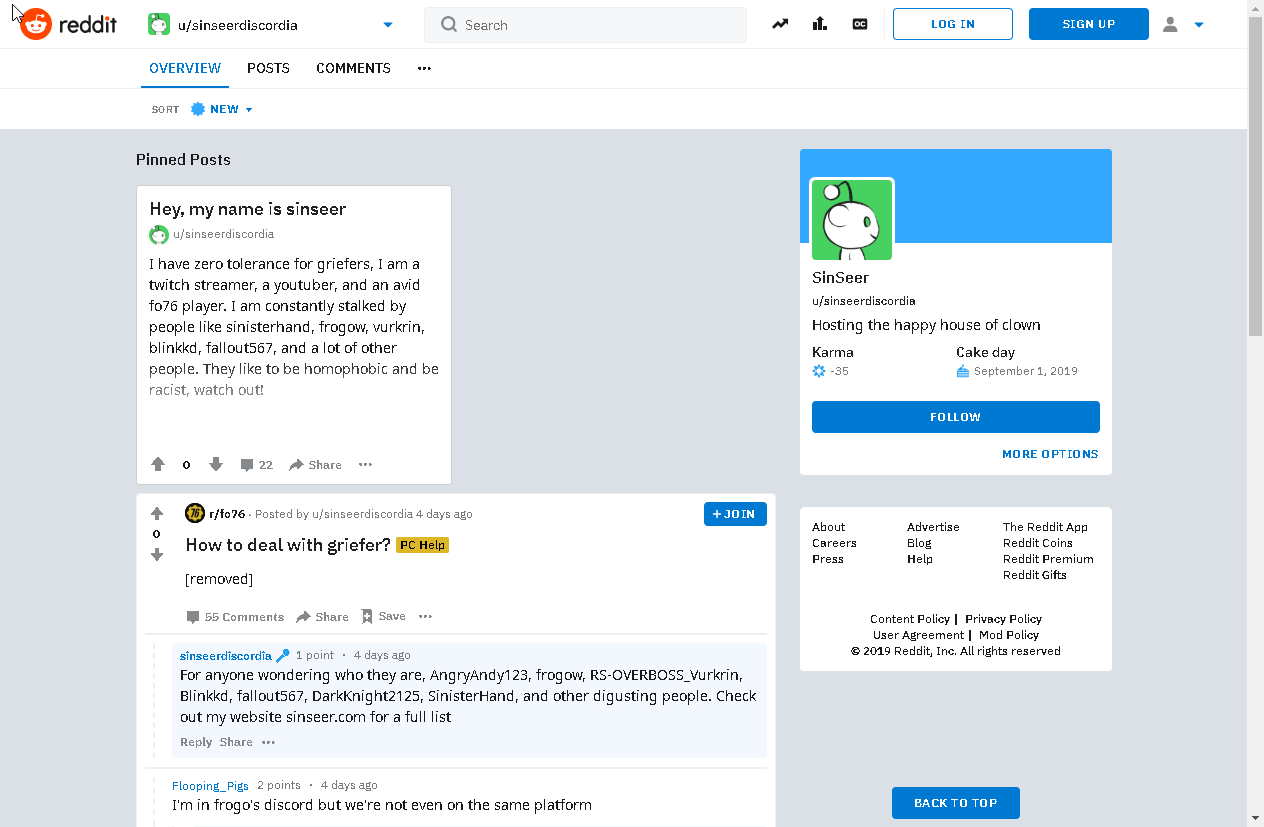 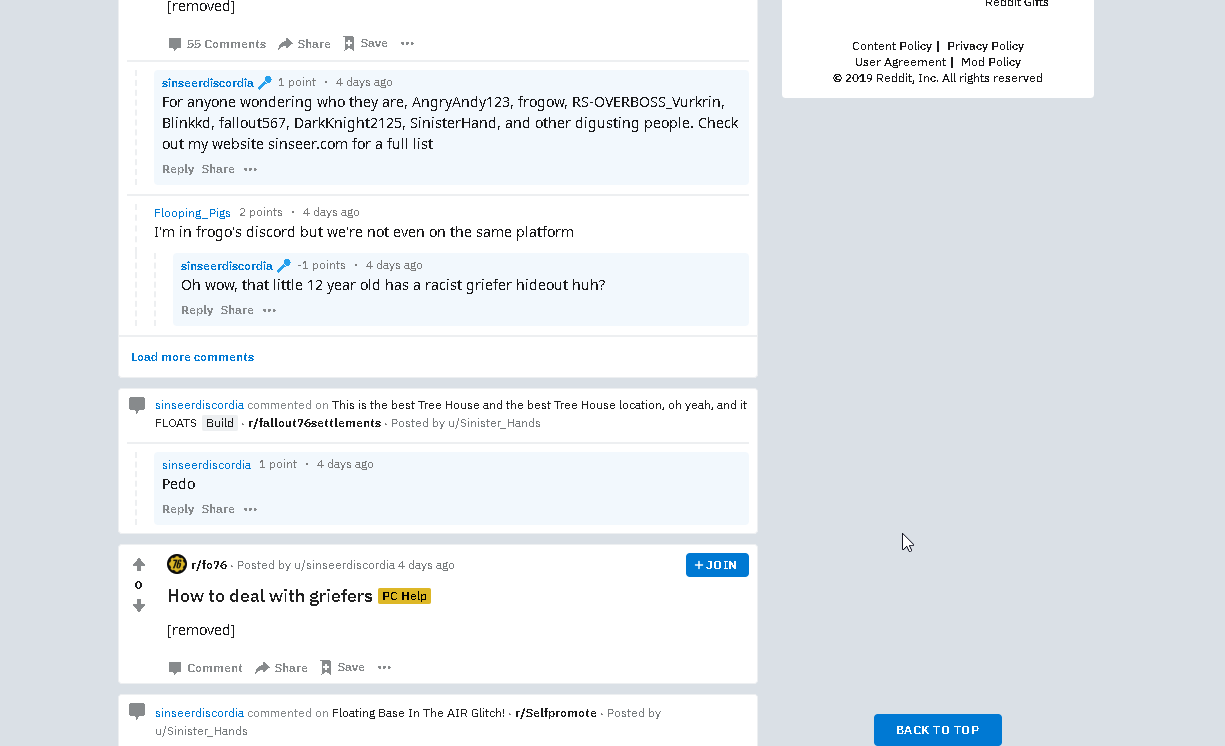 All of this is fake crap created – let’s see – either by that Toxic Youtuber who wants to make money from Harassing me, SinisterHand – or his  friend with the griefer group, Dawns Elegy.

Although, in THIS case – that Rincewind75 has also been a problem for us. I do hope he’s not involved with this – ah well, Reddit will sort it out. Or law enforcement, if it comes to that. I’m willing to provide any logs needed. As always.

Reported to Reddit as impersonation – via twitter, since I’m not signing up for their crap service to report this crap anymore.