10 Videos about Hotwheely, earthinfant, groundbabies inc, and SO MANY ALT ACCOUNTS – A toxic Fallout 76 Streamer group decided I was the devil, so they made accounts that looked like my name, and played racist clips, and did other things to make people hate me, while they grew their twitch or youtube streams because people like to watch conflict, and ‘griefing’ is fun for some people. They then deleted the worst of those streams before they got in real trouble.

Some of these videos are age restricted, because of their content matter – and I don’t disagree, so log in to youtube to view those ones – these people are NASTY and not fit for small ears!

In particular, listen to how they emphasize that they have MY VOICE saying something – because they took voiceclips of mine from previous streams, cut them up, put them back together, to say things I would never say, with my voice – using accounts like ‘sinseeer’ or ‘sinseer-yt’, or ‘sin.seer’, or any variation of my name.

I am only sinseer – and one alt, that I was forced to purchase and run so that I can keep the social list open while I play, to watch out for these competely toxic players who are out to destroy my life.

I mean, they spread my home address, and work to make others believe that I am a racist, and a pedophile. That’s dangerous for me and my family, when idiots on the internet believe these lies. I’ve already had to change our phone number due to the non-stop harassing phone calls.

It is the most toxic group of people I have ever heard of, and it’s been going on for almost 3 years now!

Many people believed the lies from these people, and here is earthinfant specifically saying they are going to spread it to ‘all the streamers’.

MANY people also knew exactly who ran the fake accounts, because they were also arrogant enough to speak in their real voices sometimes. I recorded that, sometimes. Some prominent PVP names, like ‘Atmosphere’ and ‘LootBag’, as well as other members of big PVP groups.

I’m so sick of toxic PVP’ers in this game who take things out of the game, and try to destroy people in real life. 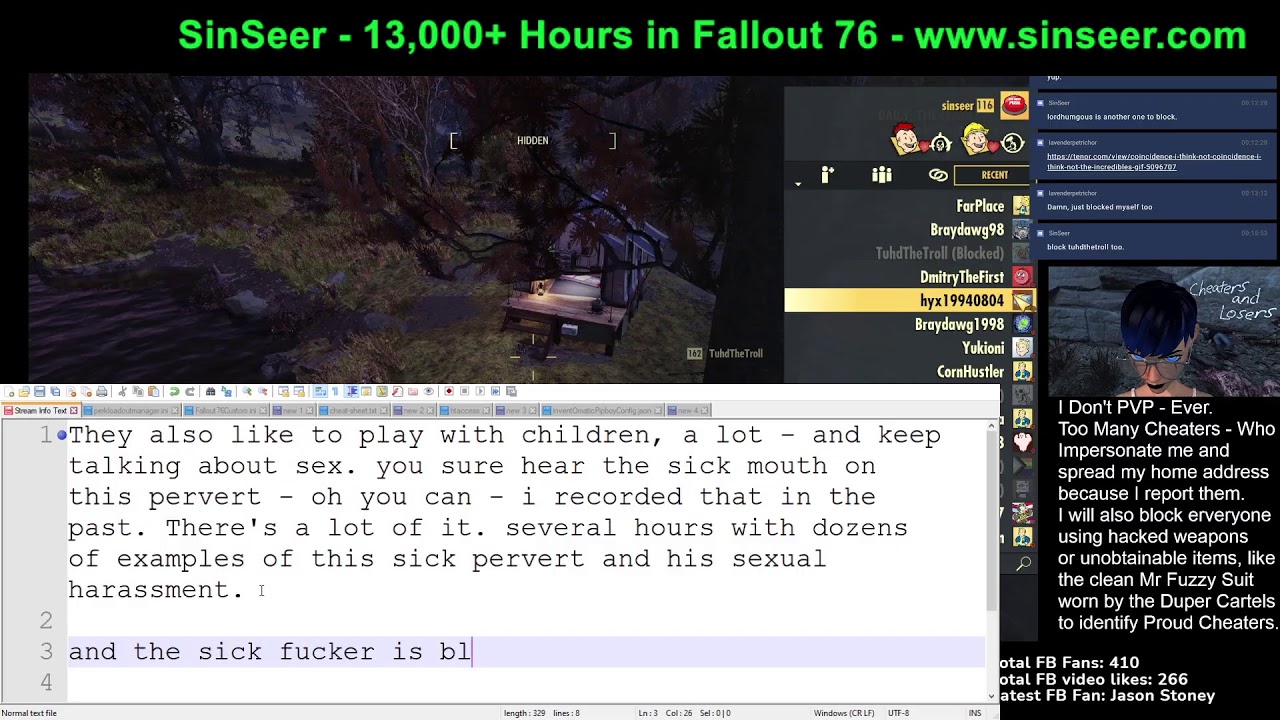 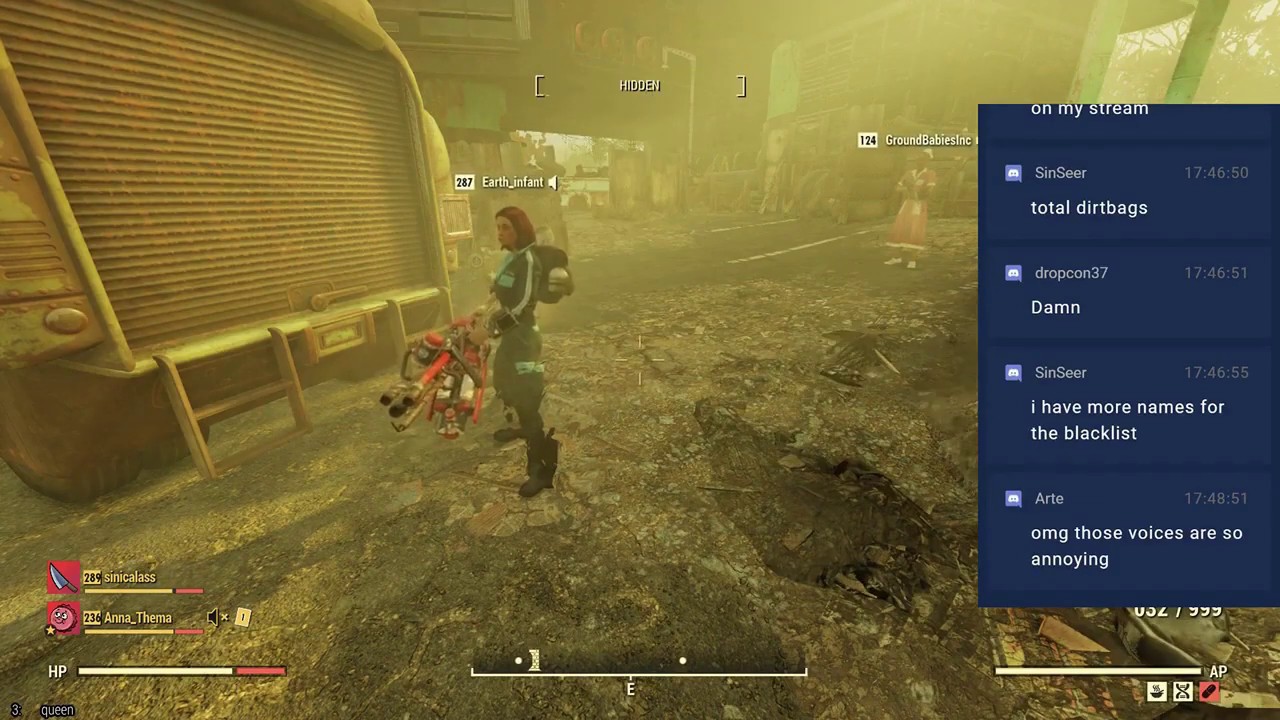 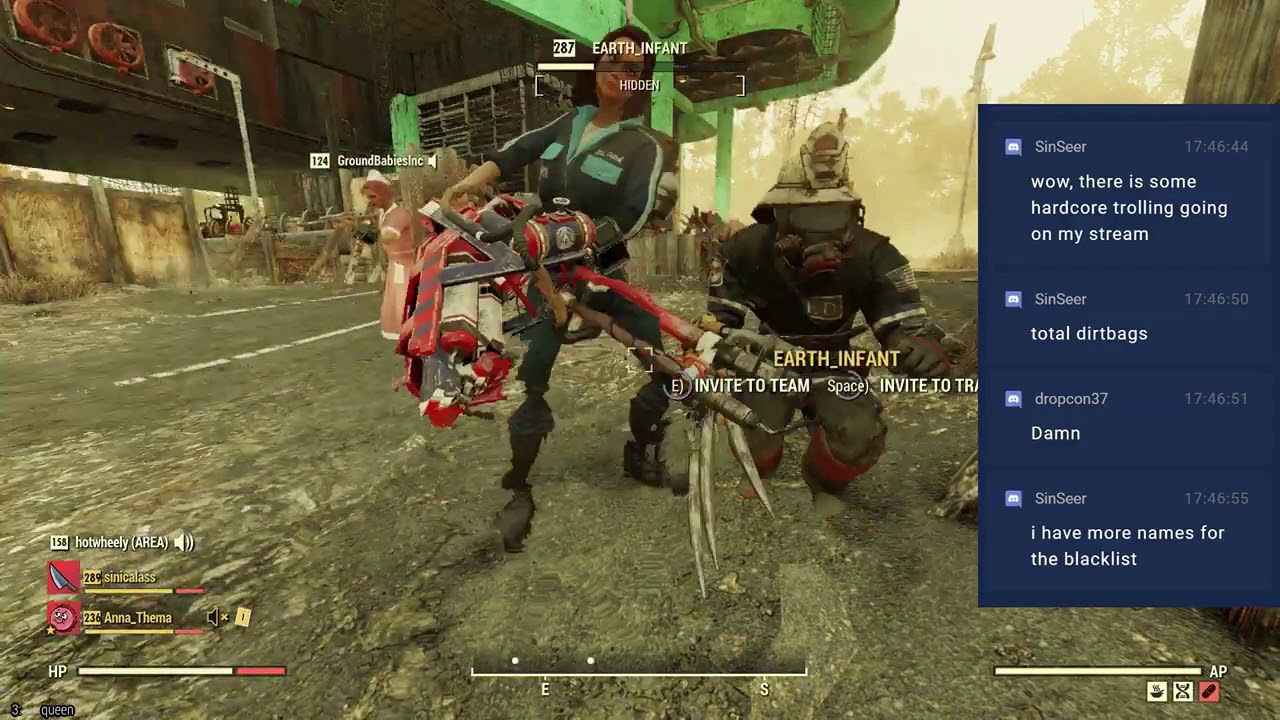 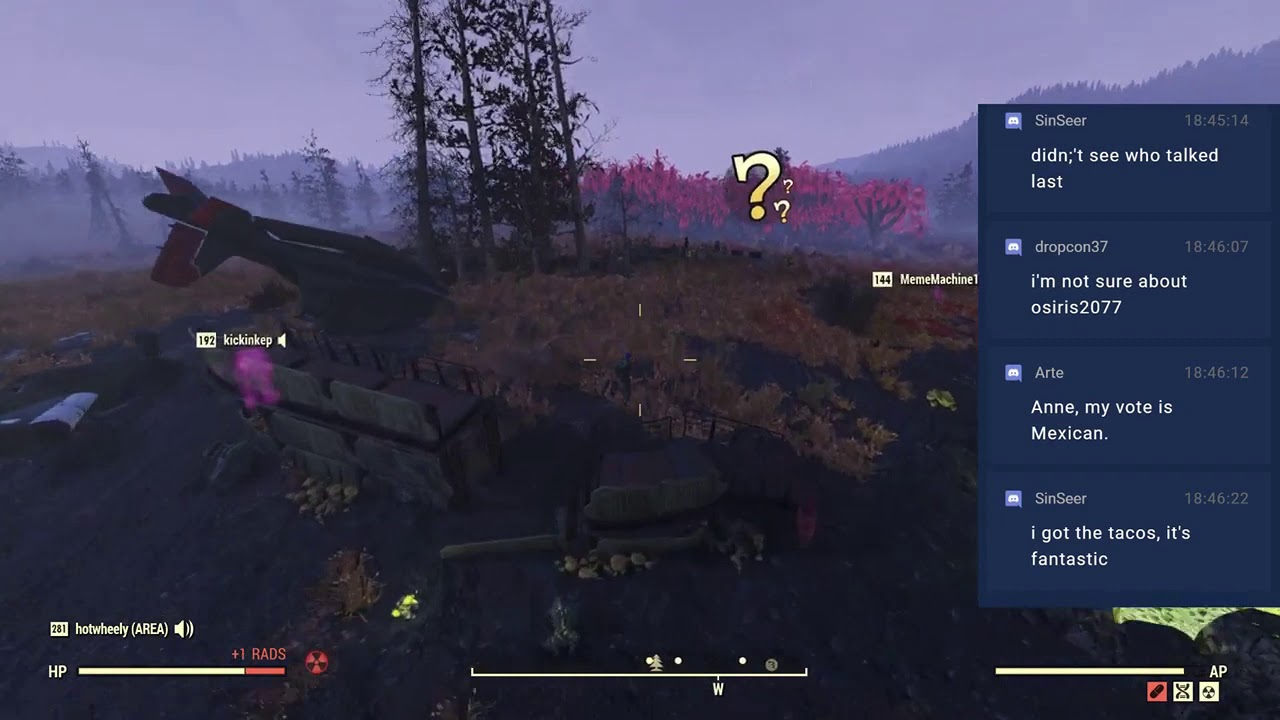 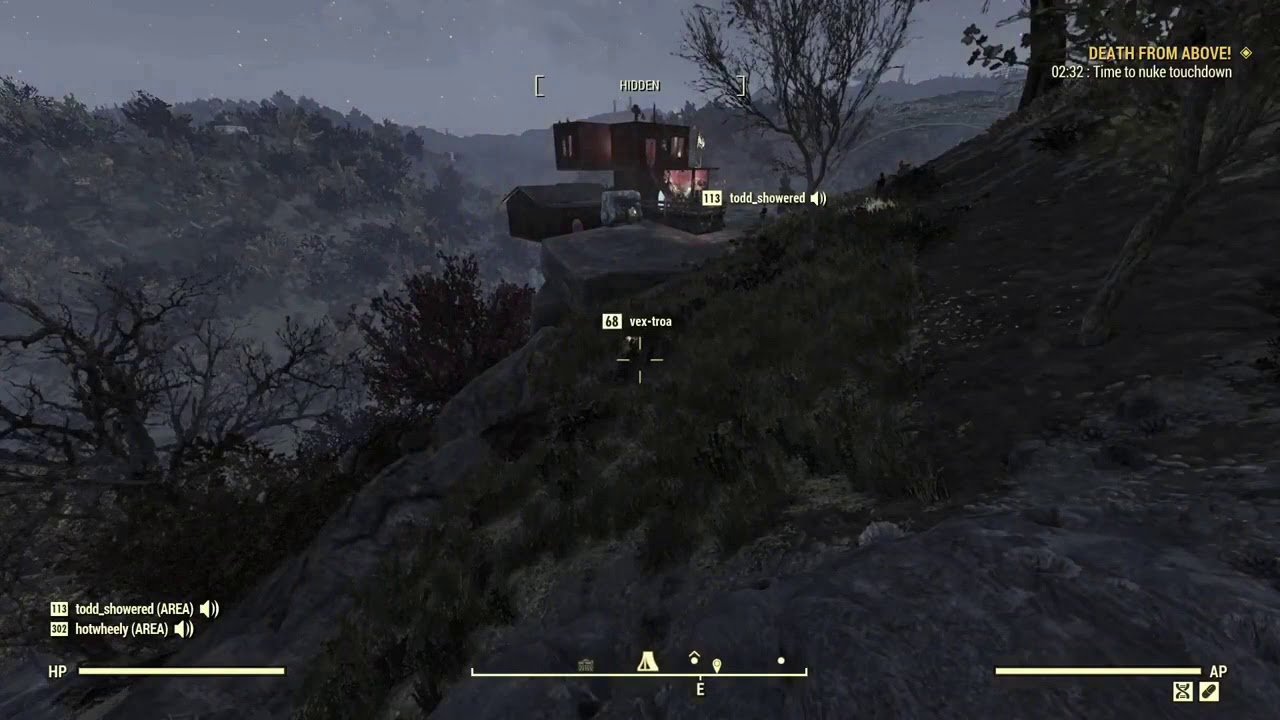 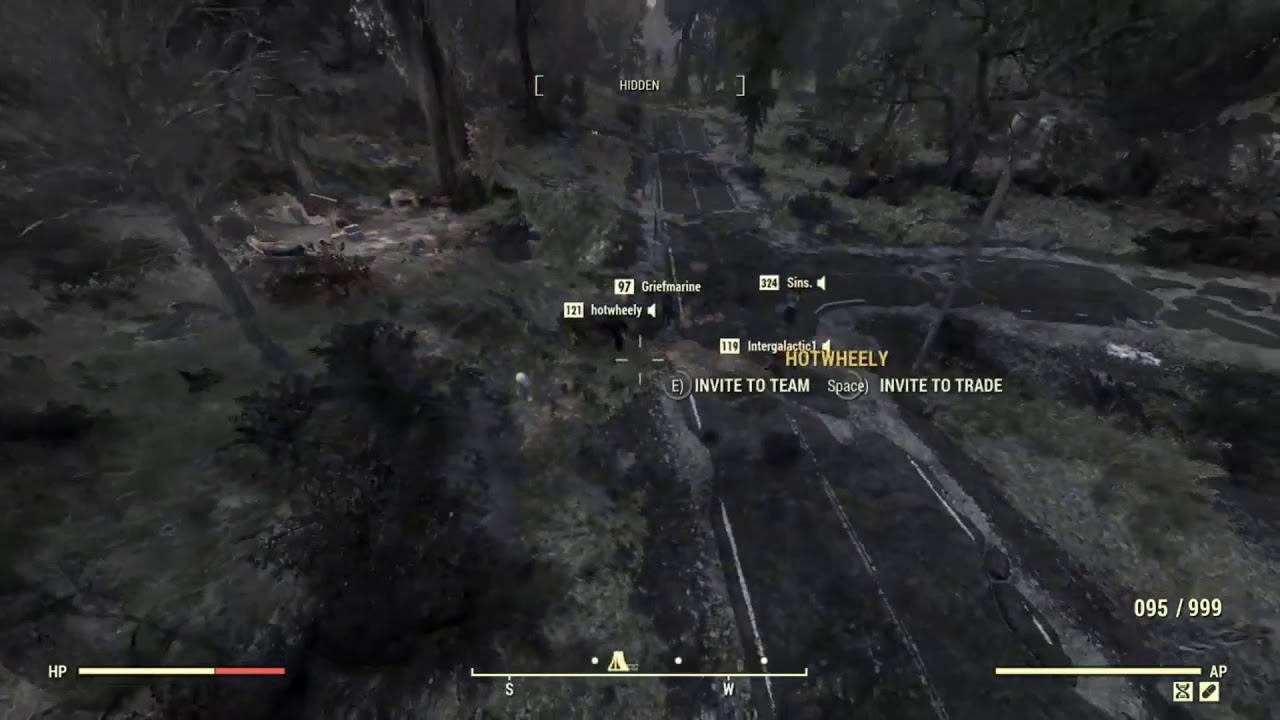 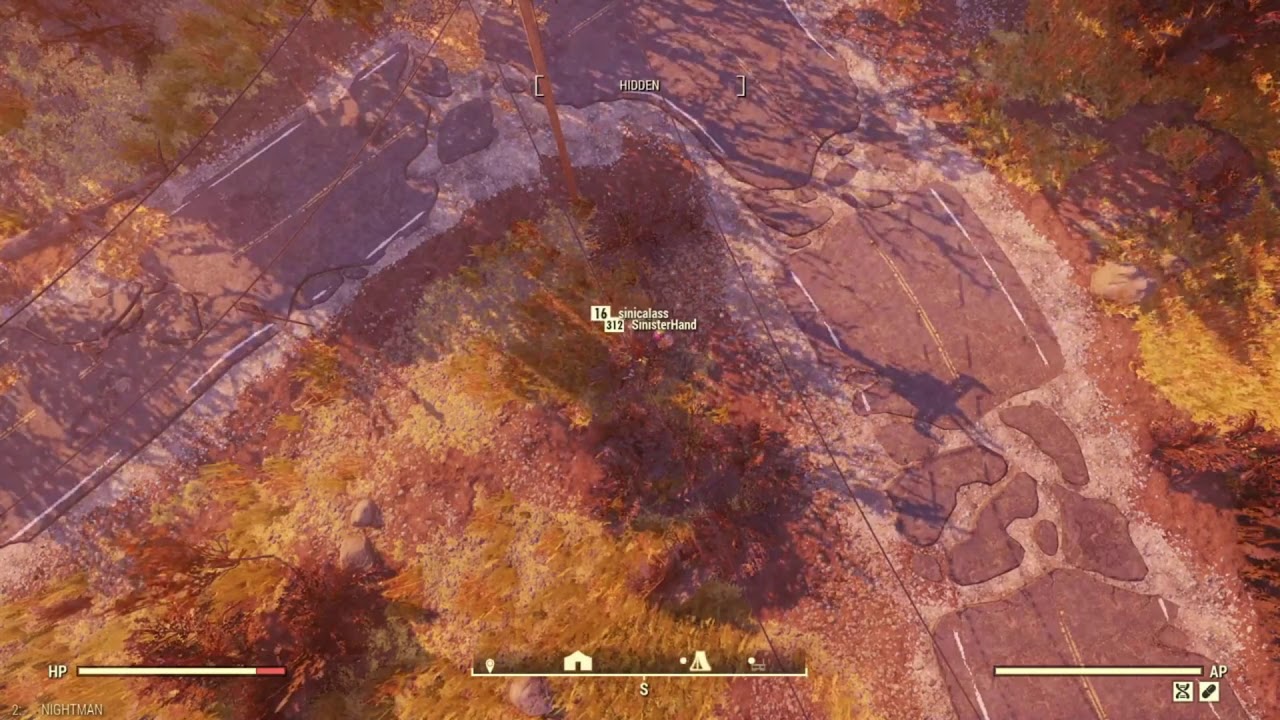 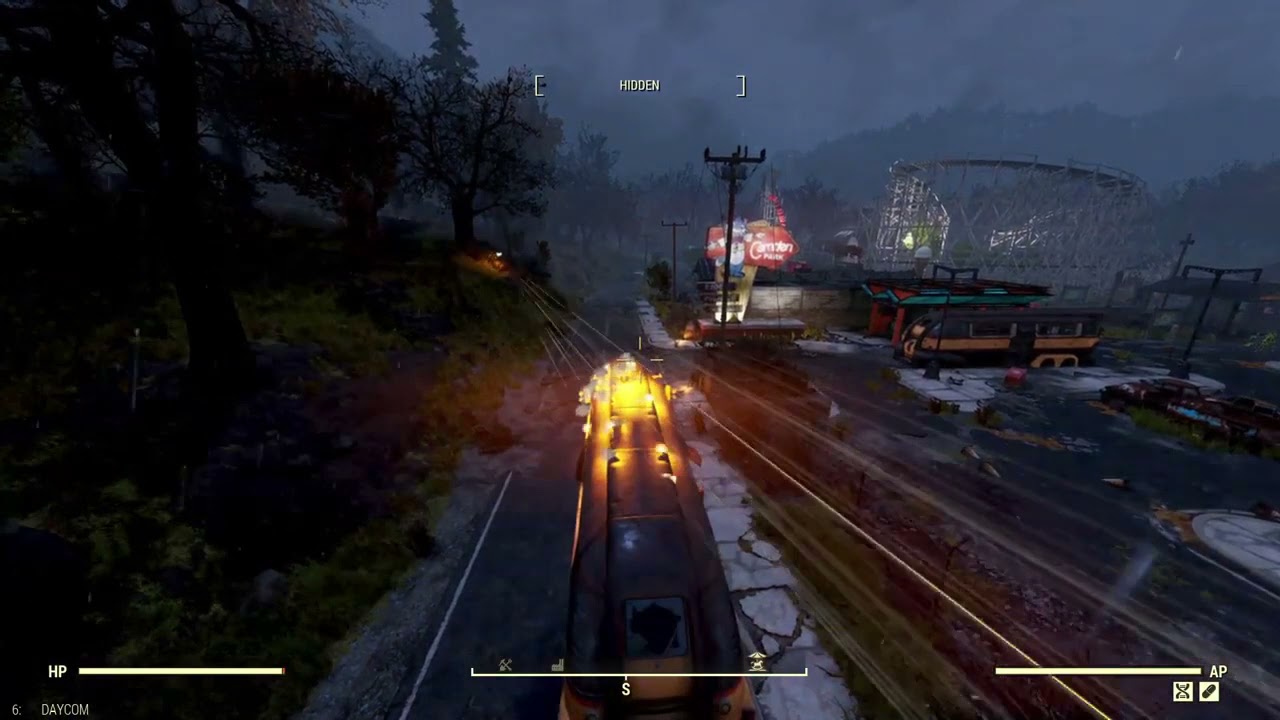 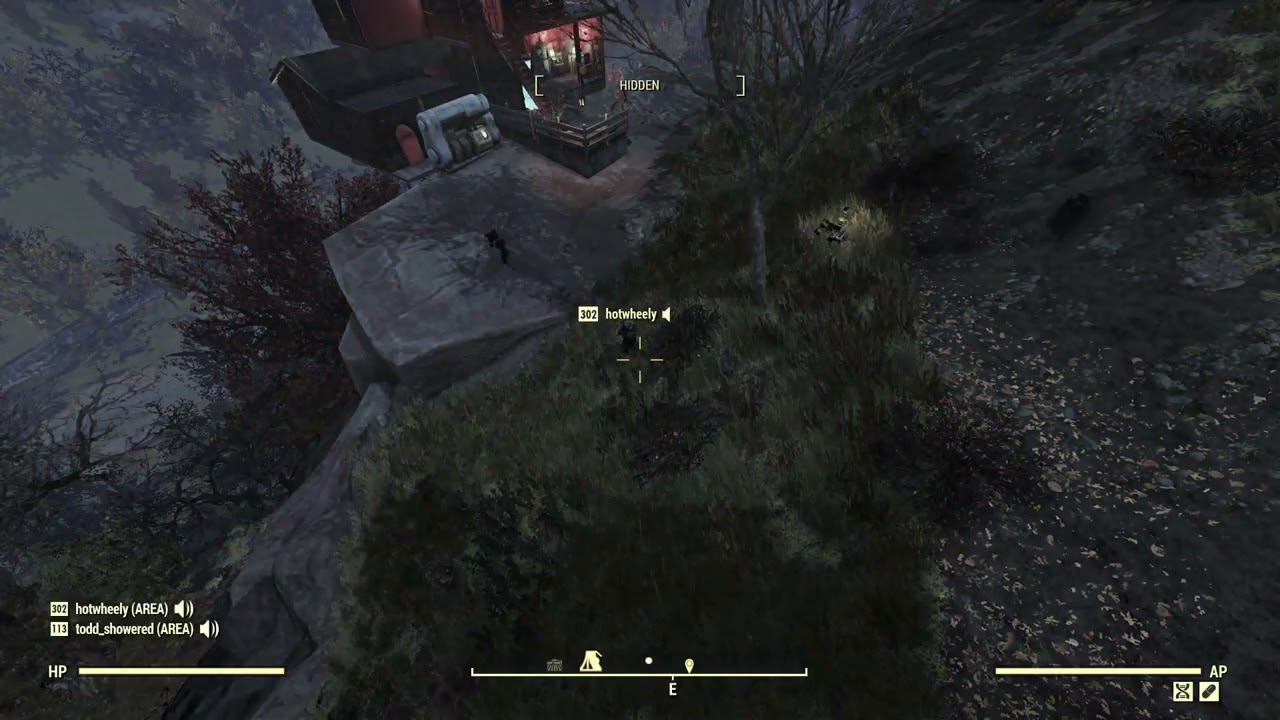 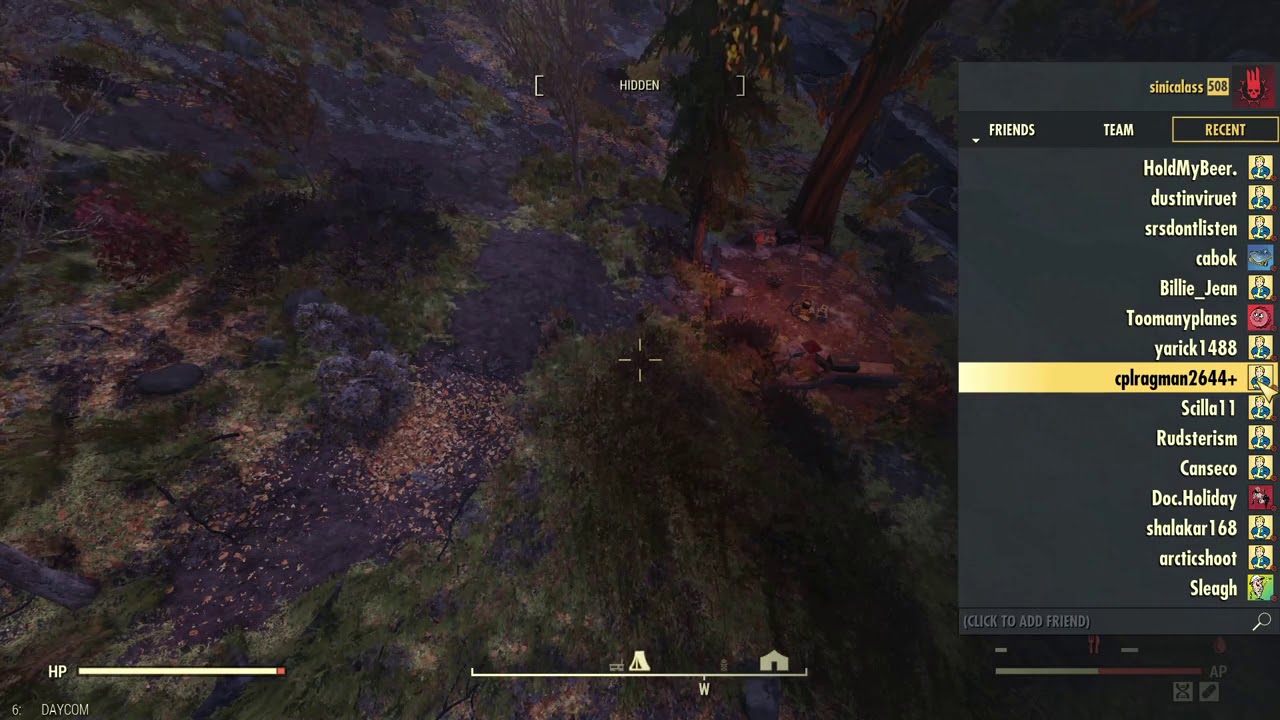 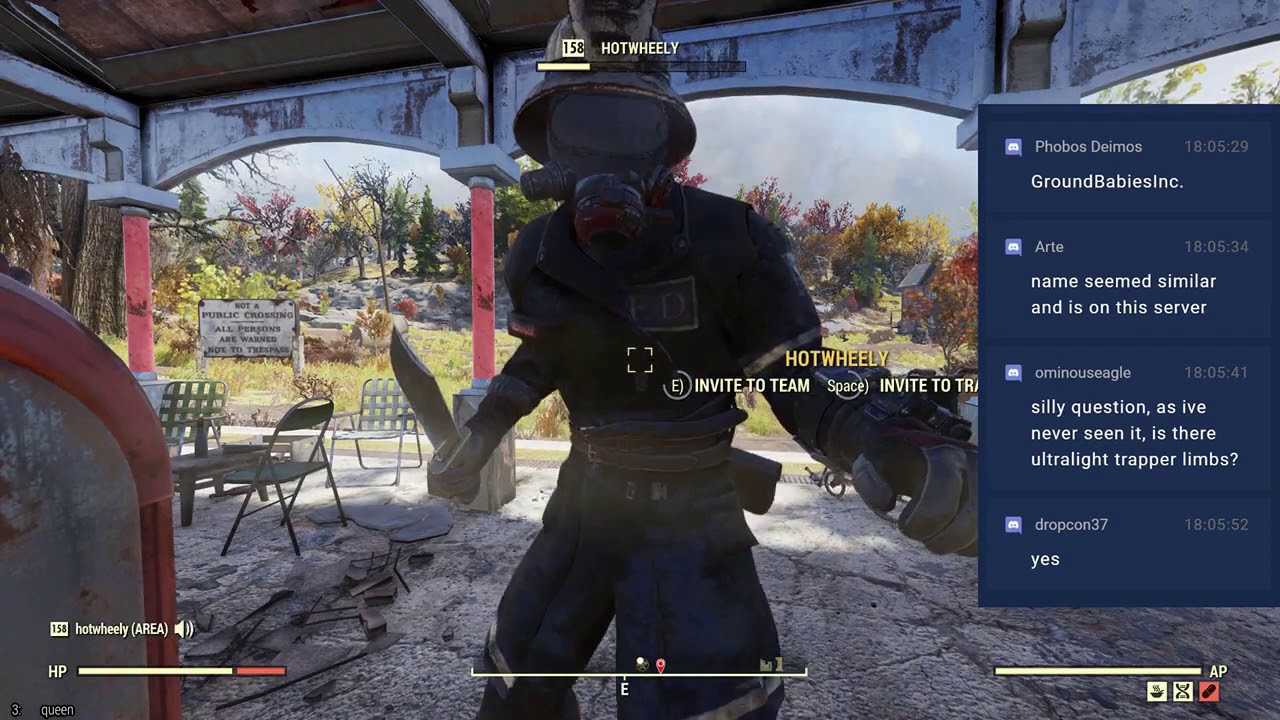 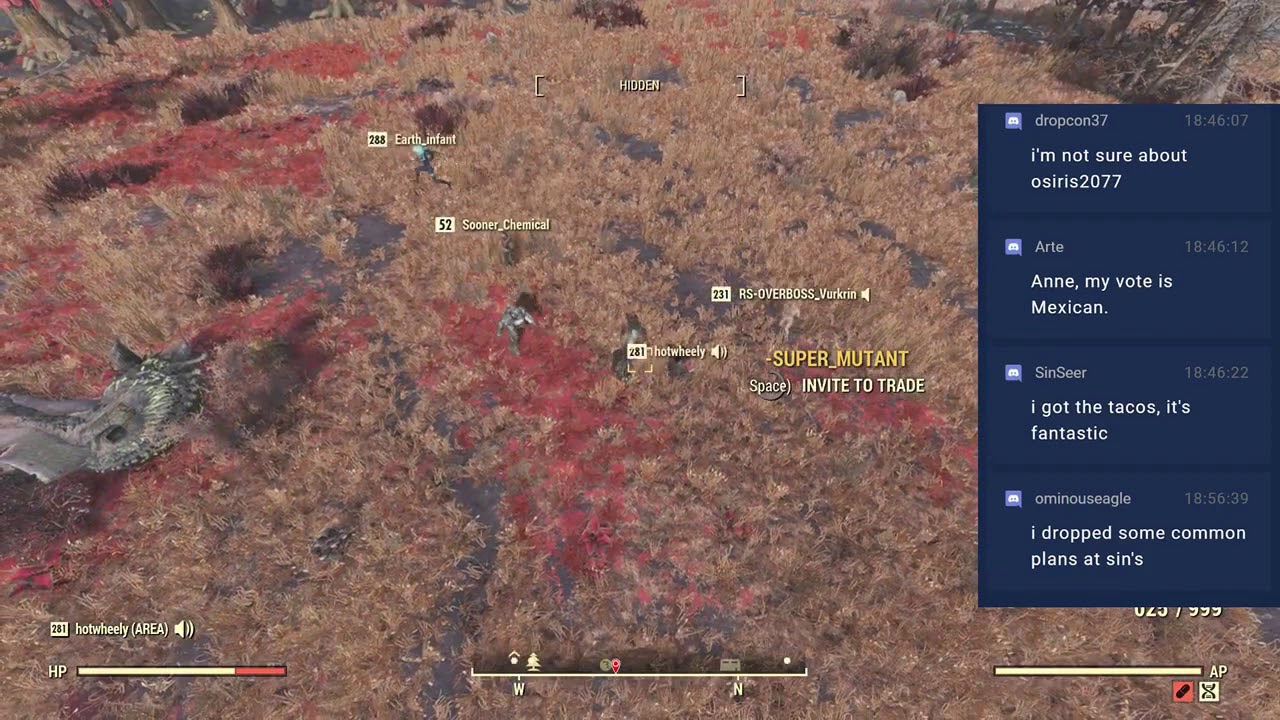 Find the Rest of the #fallout76 Timeline Here

Fasenn (multiple accounts) yelled out my name, home address, and phone number in the past – here’s him with other Raider Syndicate Members fasenn17, fallout567, Legendary-Raider – Recent List 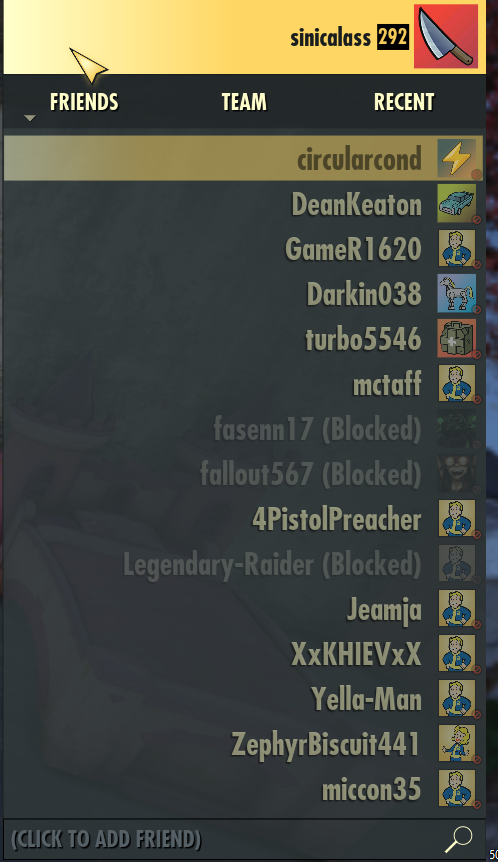 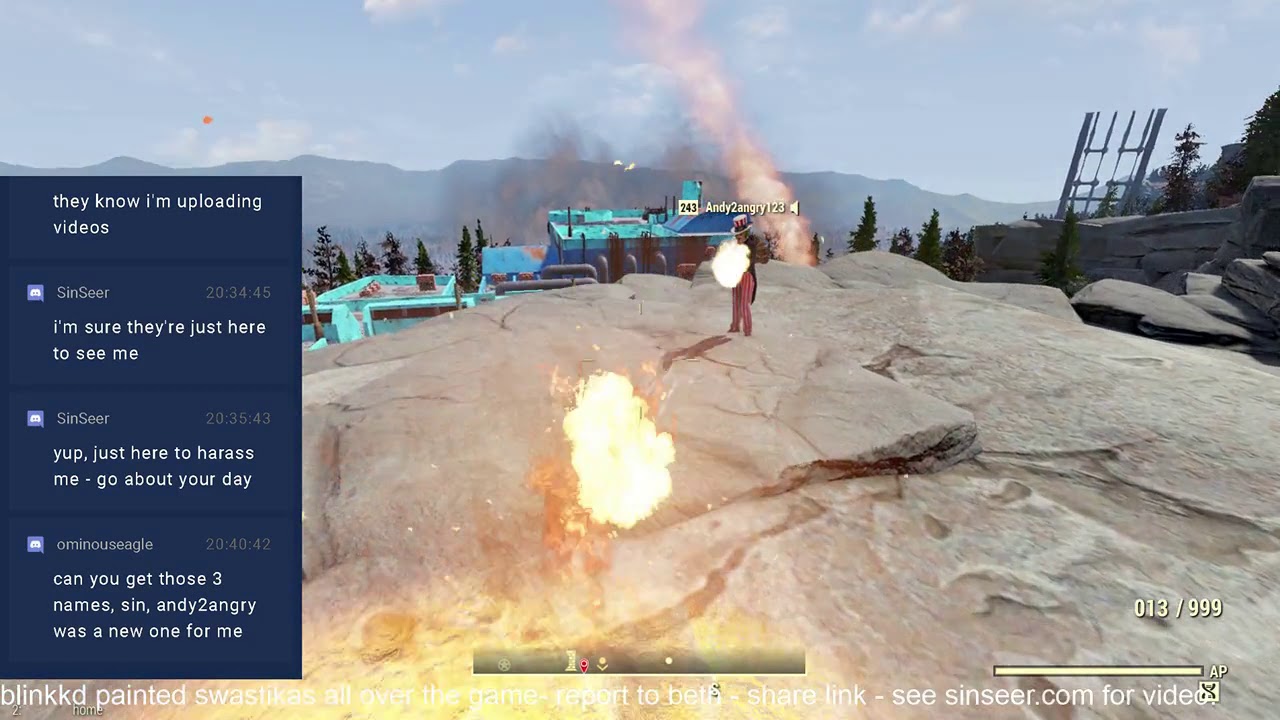 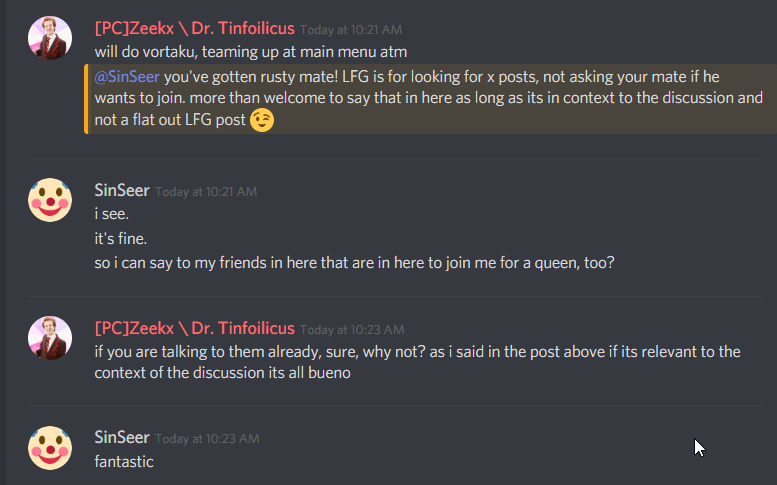 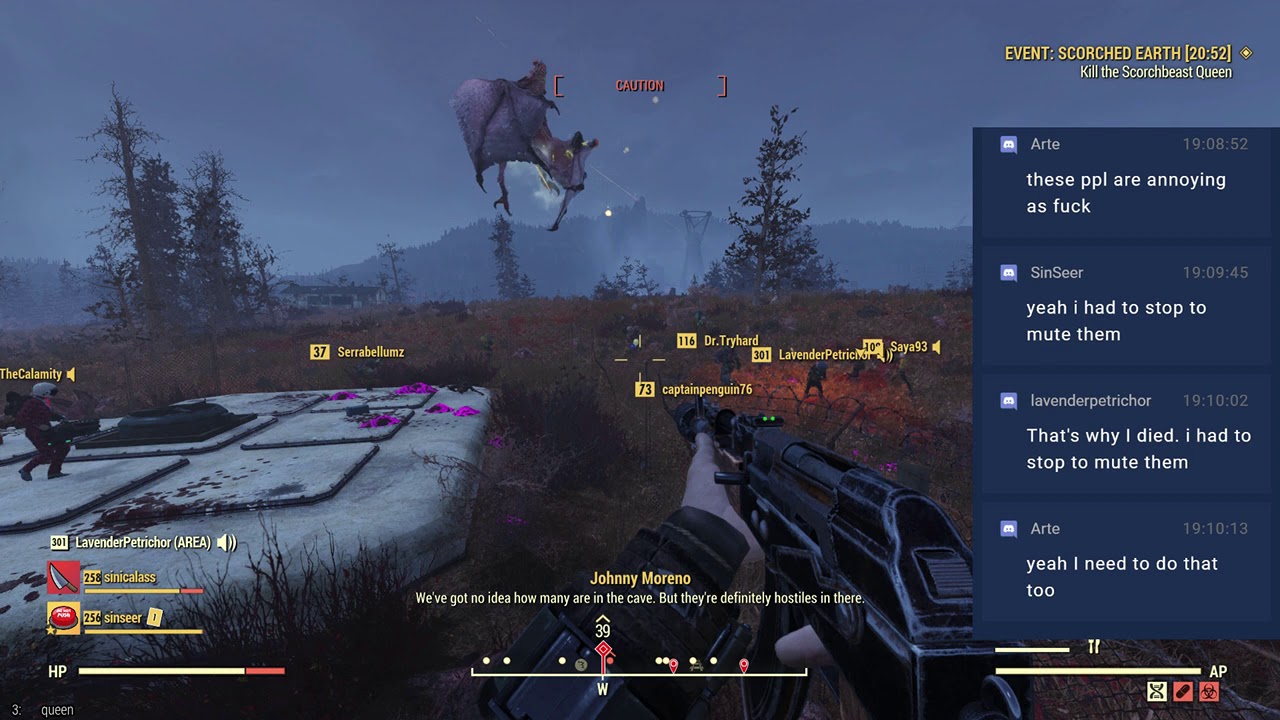 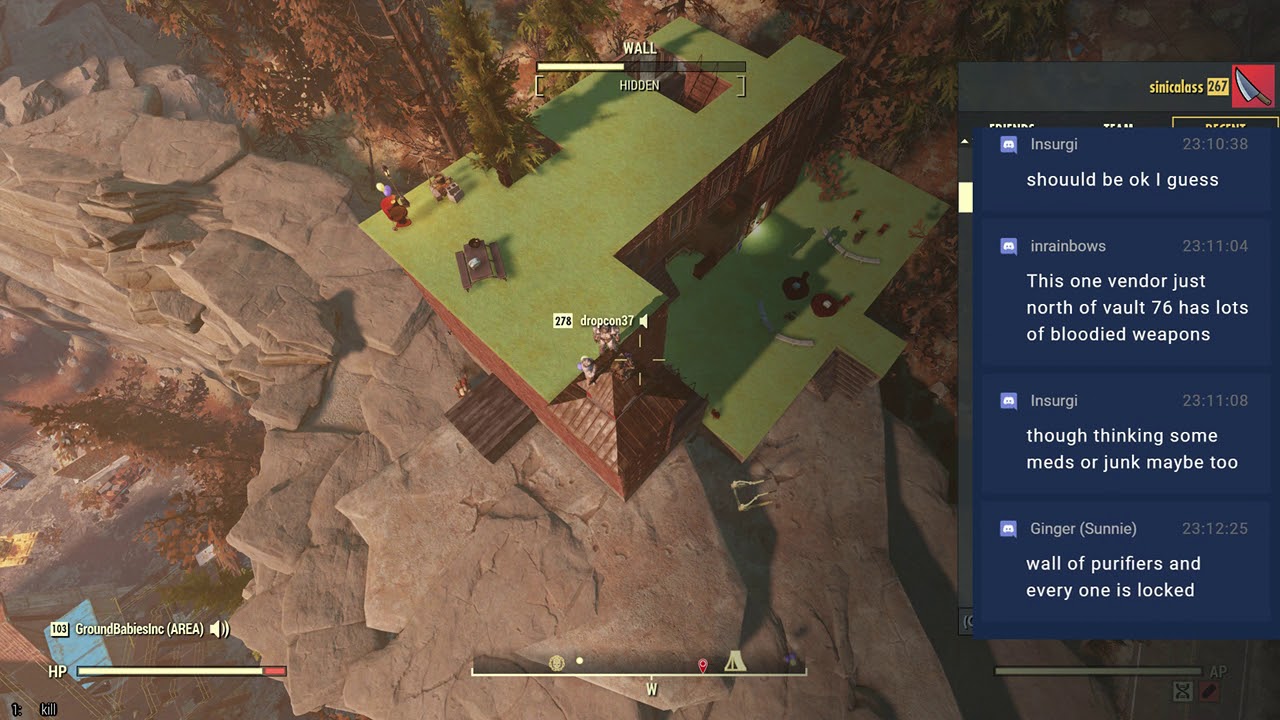 LiteralOG tries to force PVP and calls me a faggot 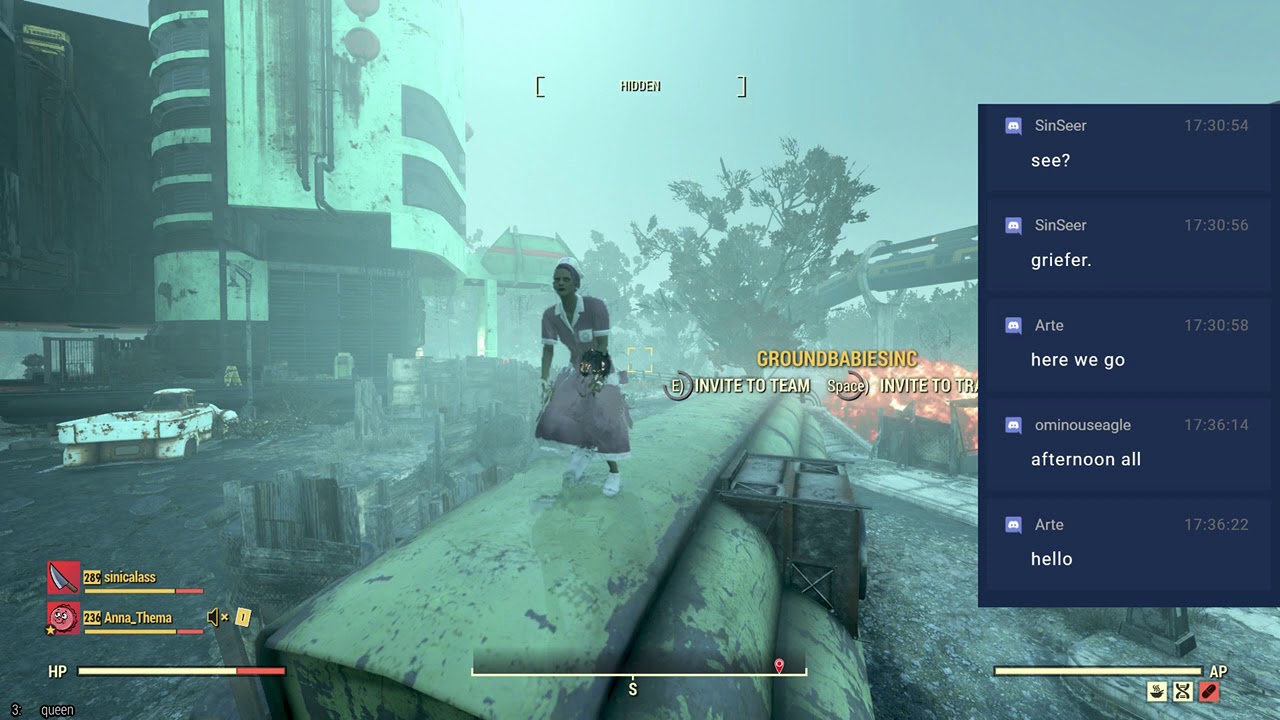 Scopexvevo with the doxxer fasenn17 and fallout567 – Dupers R Us, Raider Syndicate 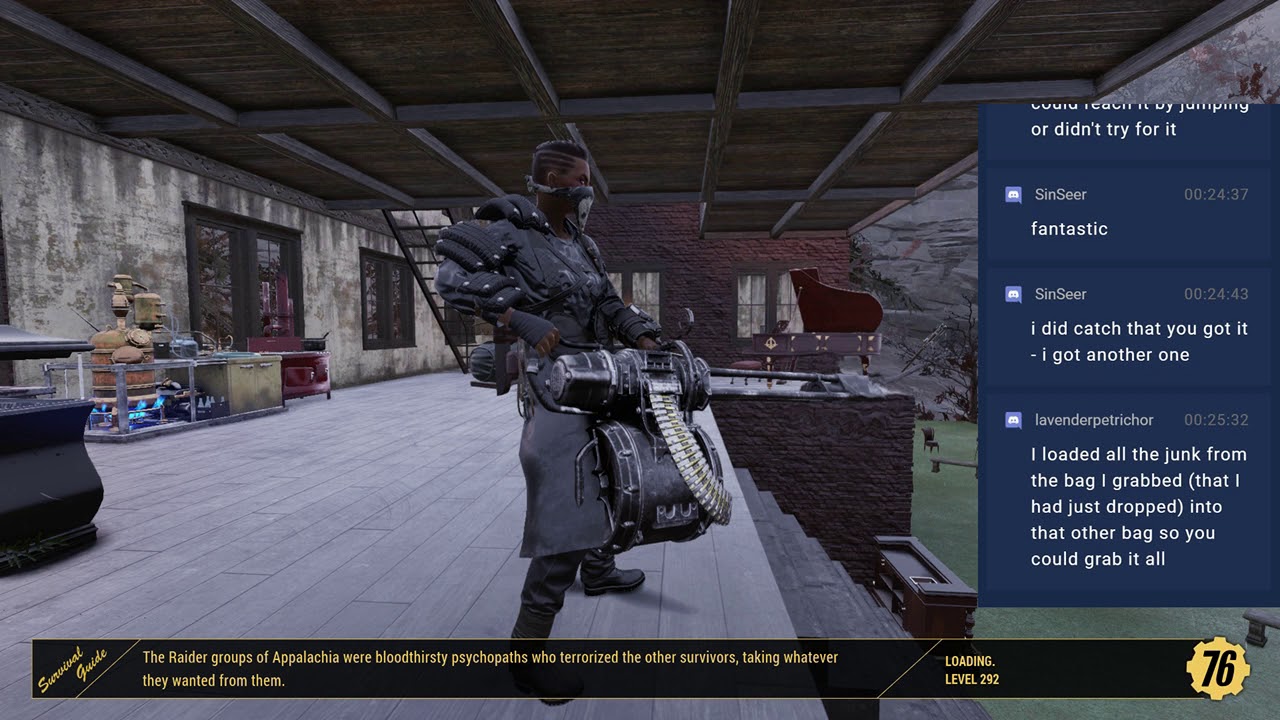 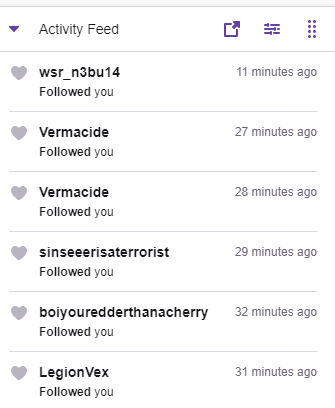 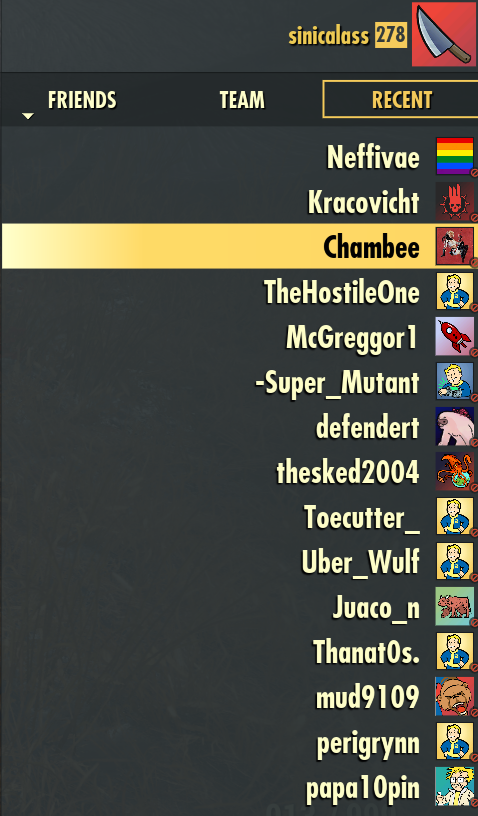 One of the Impersonator accounts online from HeadHuntRs Discord and recent list – SinSeer_YT – Also, BadgerSR visible: 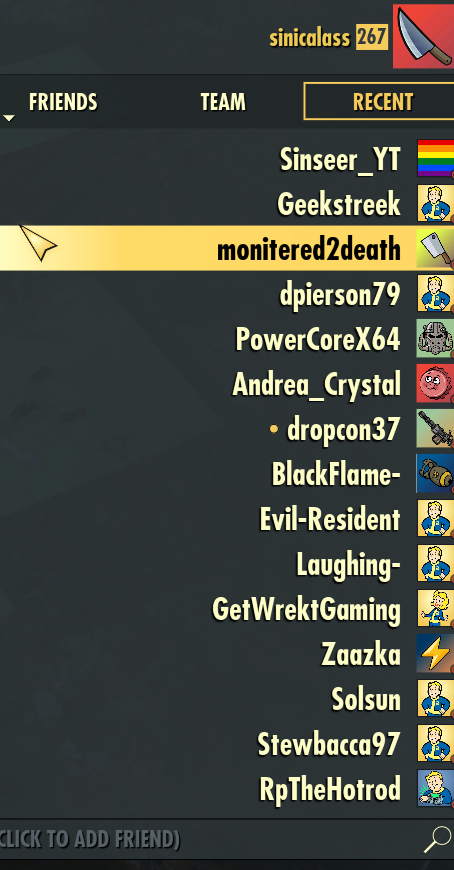 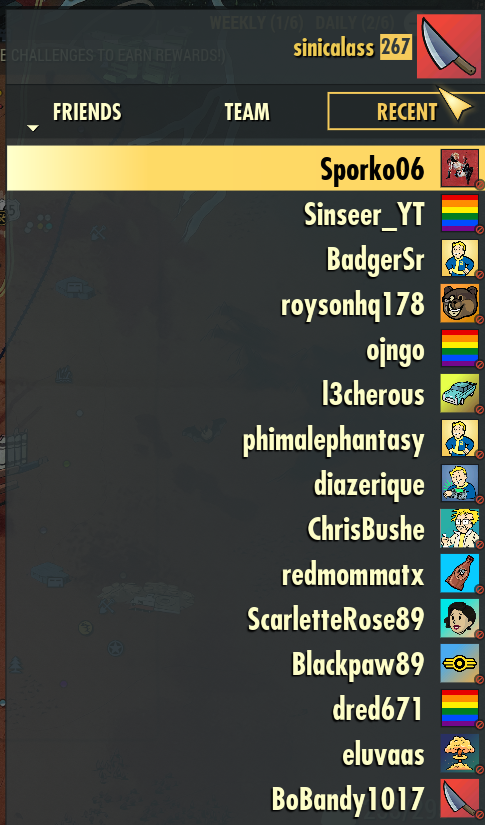 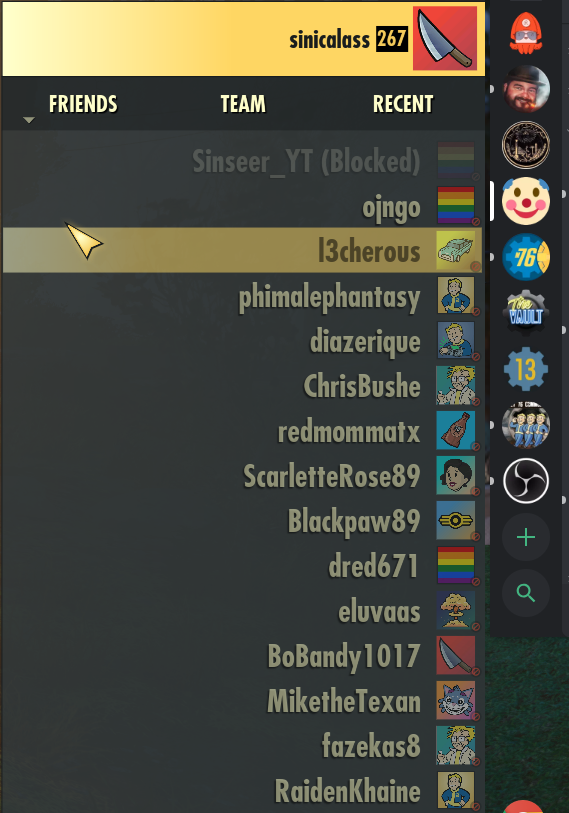 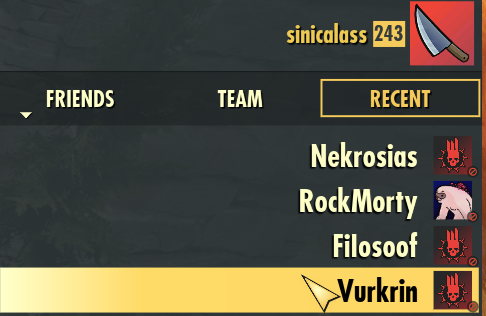 groundbabiesinc claims 6 people from a discord as allies and people who are stalking and harassing my whole community, including a ‘becka norma?’ – who uses sound boards and alts – and a ‘parastatic’.

groundbabiesinc ‘can’t stand jugalos’ for some reason. Sorry I’m probably spelling that wrong. I guess he likes to pre-judge all people based on a label.

The stalkers at one point made an account to impersonate me – a ‘sinseer-yt’ account that they basically just used sound clips of my voice to harass other people with.

sinseer_yt account, under the control of one of these stalker trolls, was muted for voice chat spamming.

This is the kind of fucked up psychopaths I’ve been dealing with. And yes – I’m sorry – they do anger me. I get angry. That’s who I am. I don’t go out of my way to hurt people, though, like these stalker freaks.