Find the Rest of the #fallout76 Timeline Here 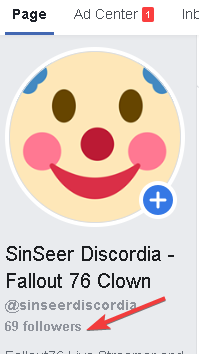 Yet another Discord joining together  to destroy me 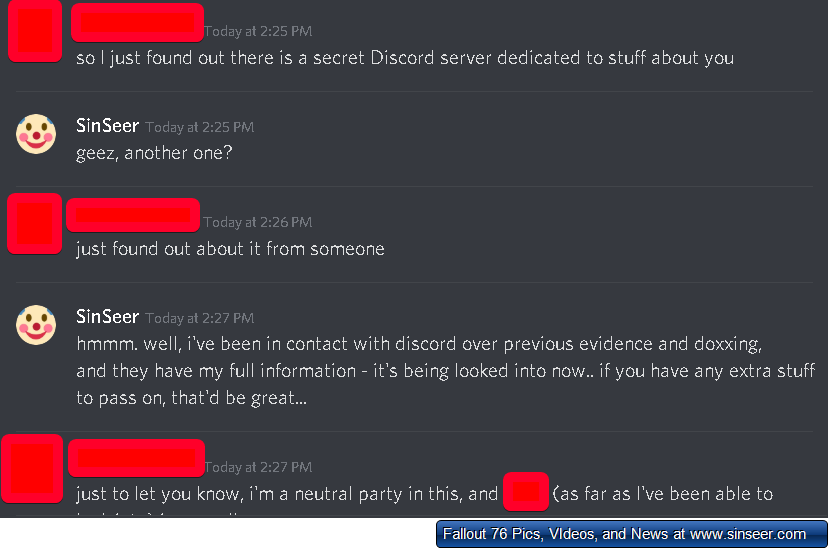 CaptPT and CaptainCountryRoads make it into a GREAT Mischief Night – We got ghouls!

SNOW. and FusionJKA show up to try to force PVP 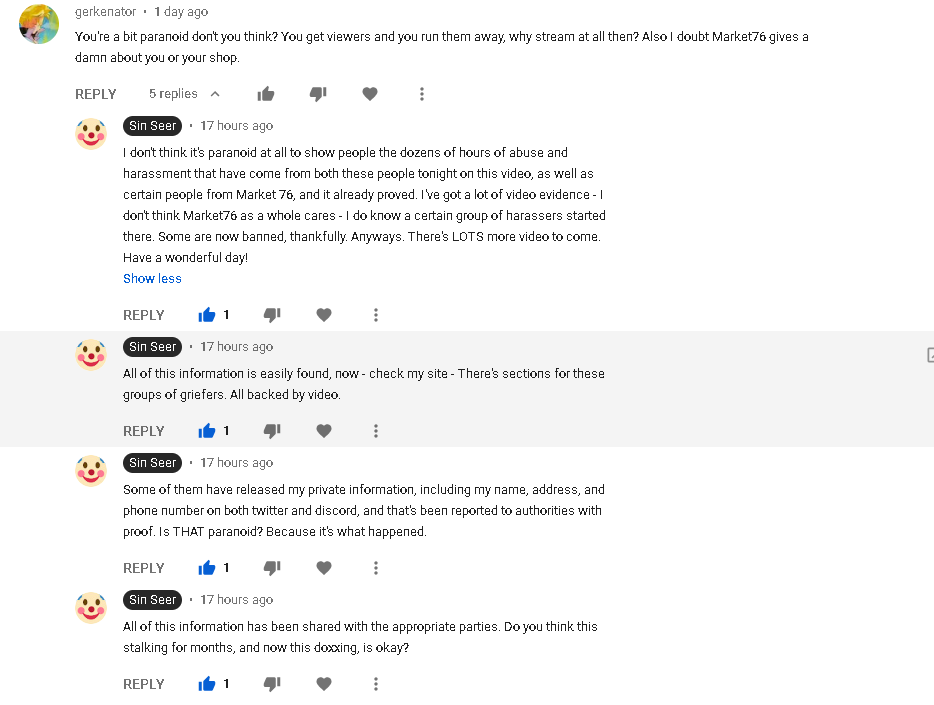 kickinkep – one a friend – confirms he’s part of SNOW. and runandgun’s griefing group. How  sad.

TheGeminaii claims these are  his two alts while announcing a Dupers R Us Duping Event – “feuermoke and  MalnElement” ? Hard to see.

Bethesda confirms players are not banned for reporting  exploits 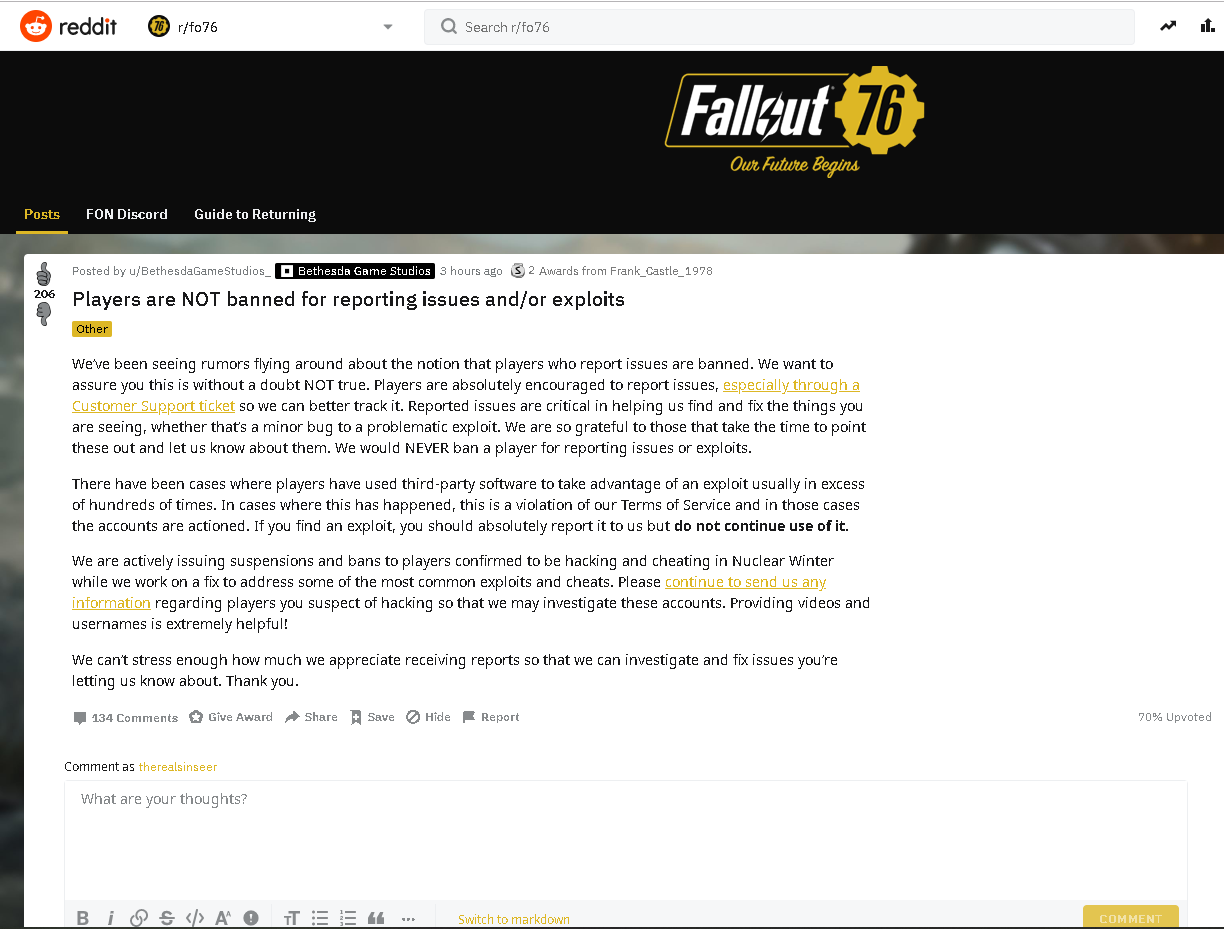 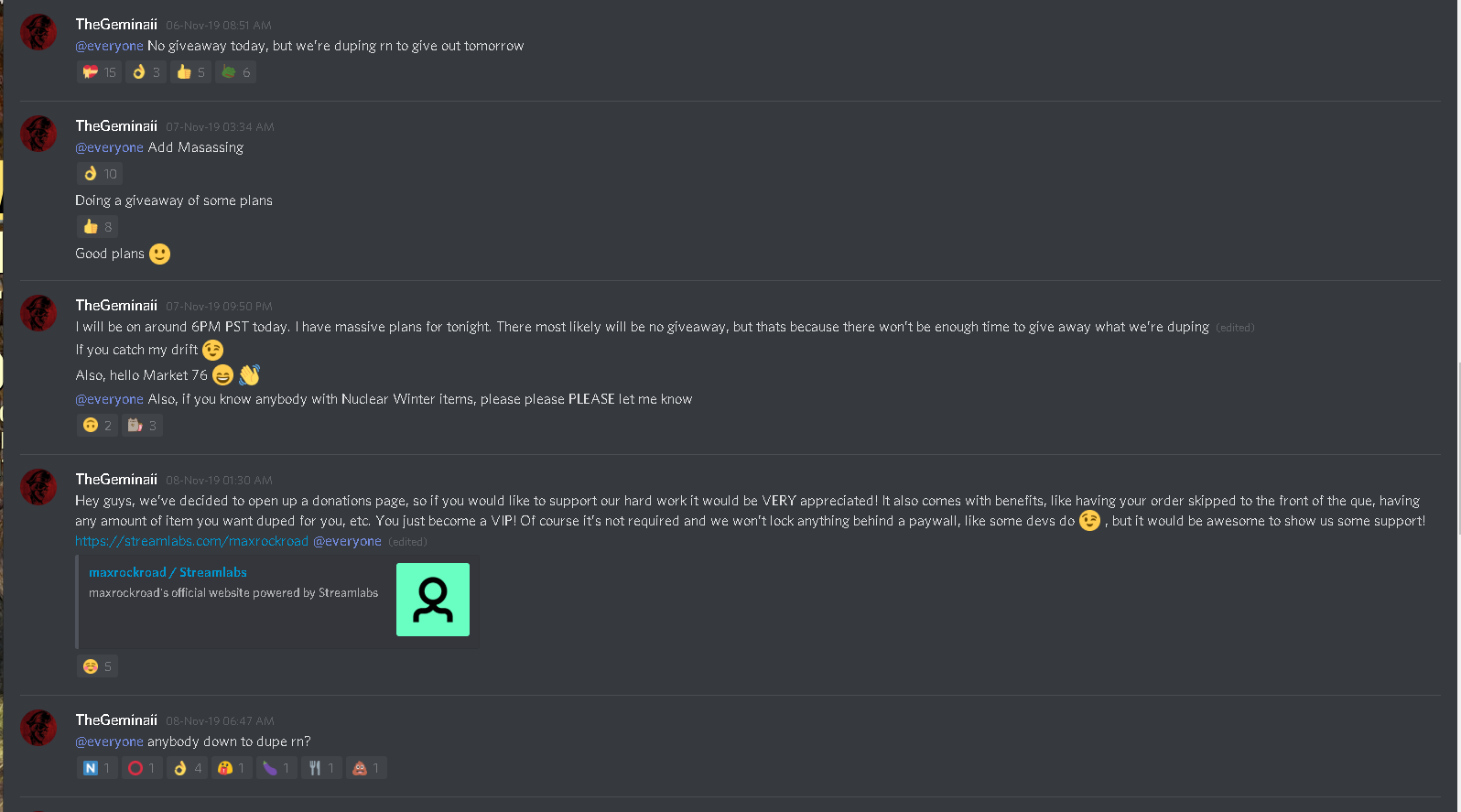 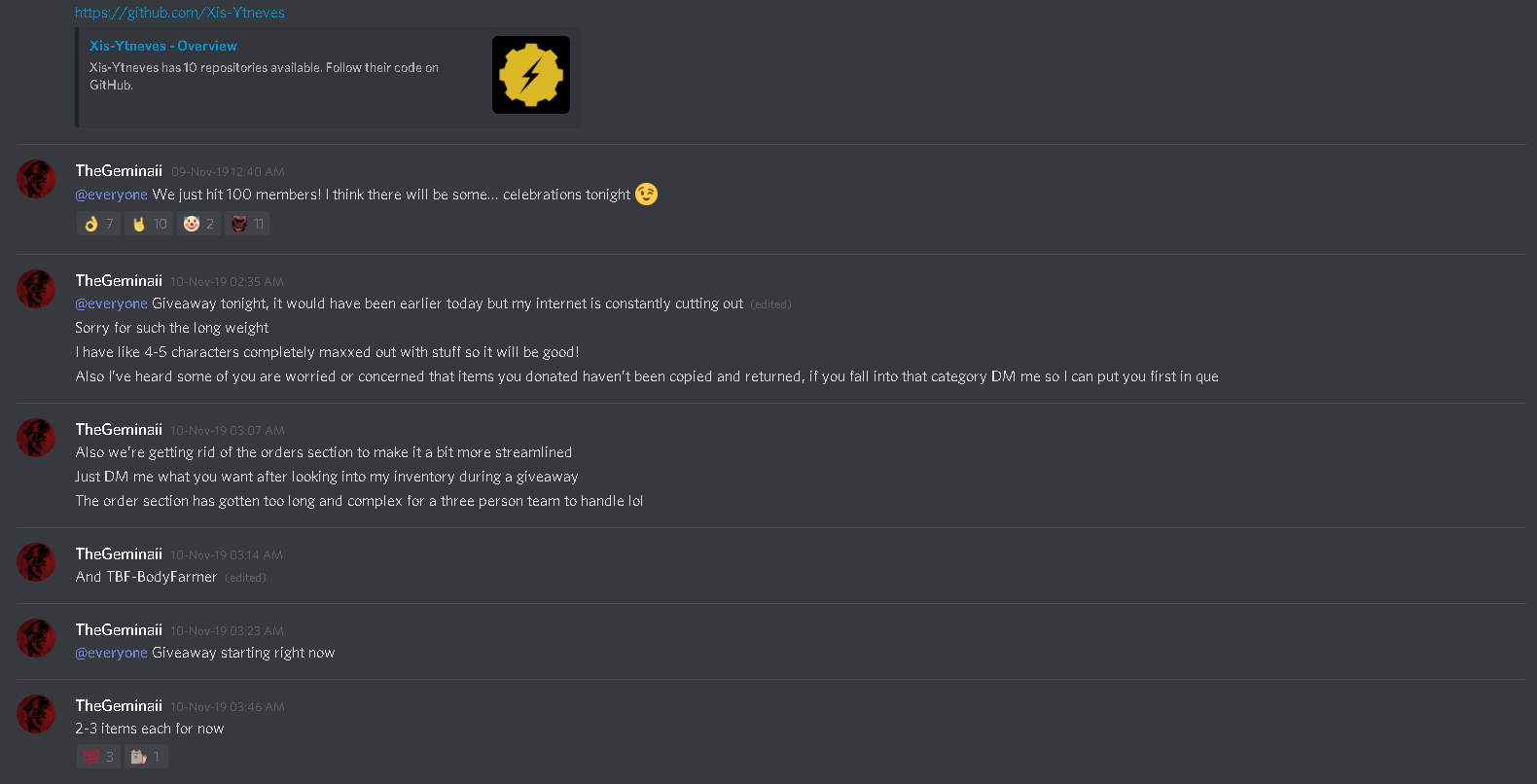 SageShadow helping to share the github set up to spy on Dupers R Us – where the owner kept the real names of Fallout 76 Players in that github for more than a year.

PurplePootis  of Dupers R Us shares the link to their “Armory” 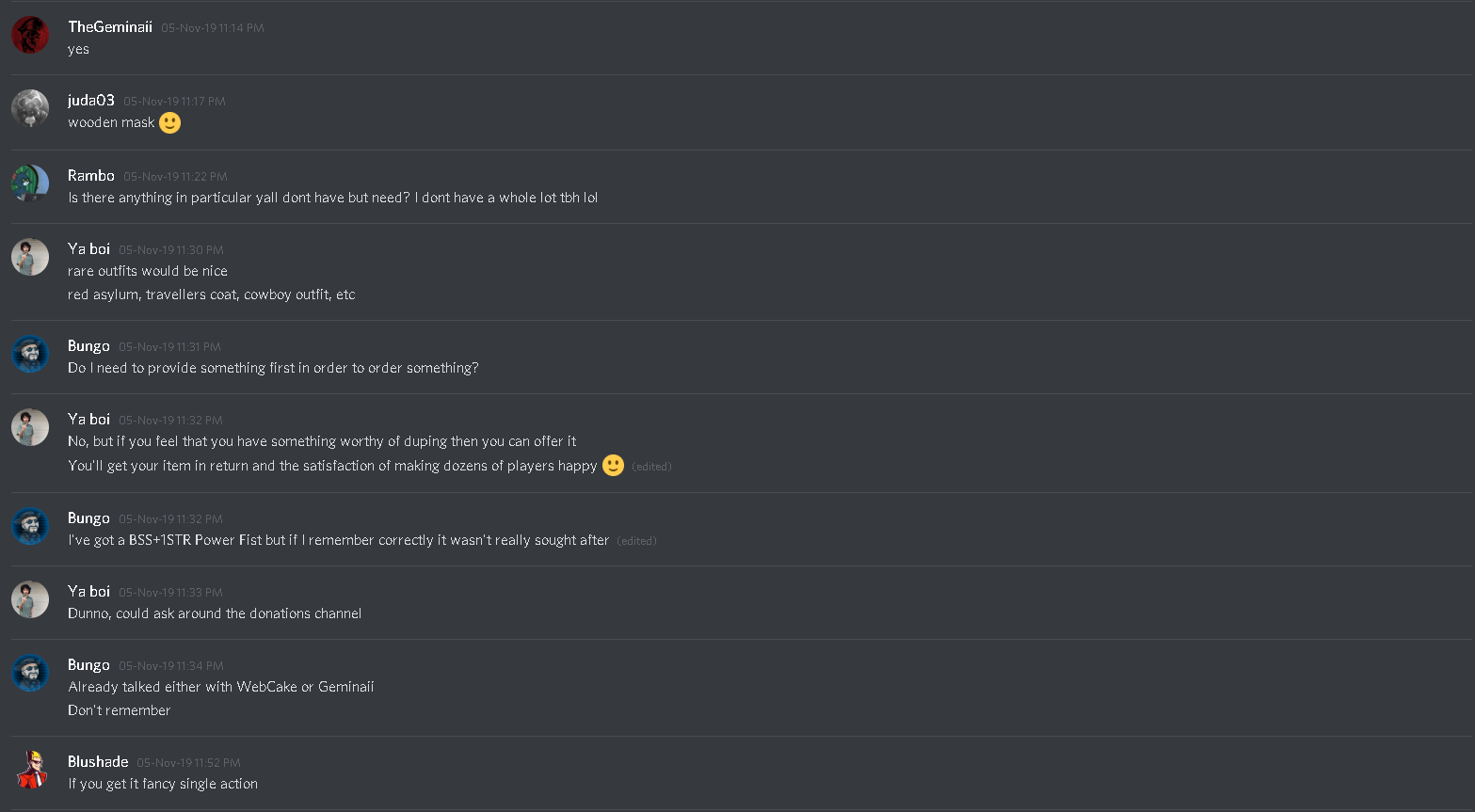 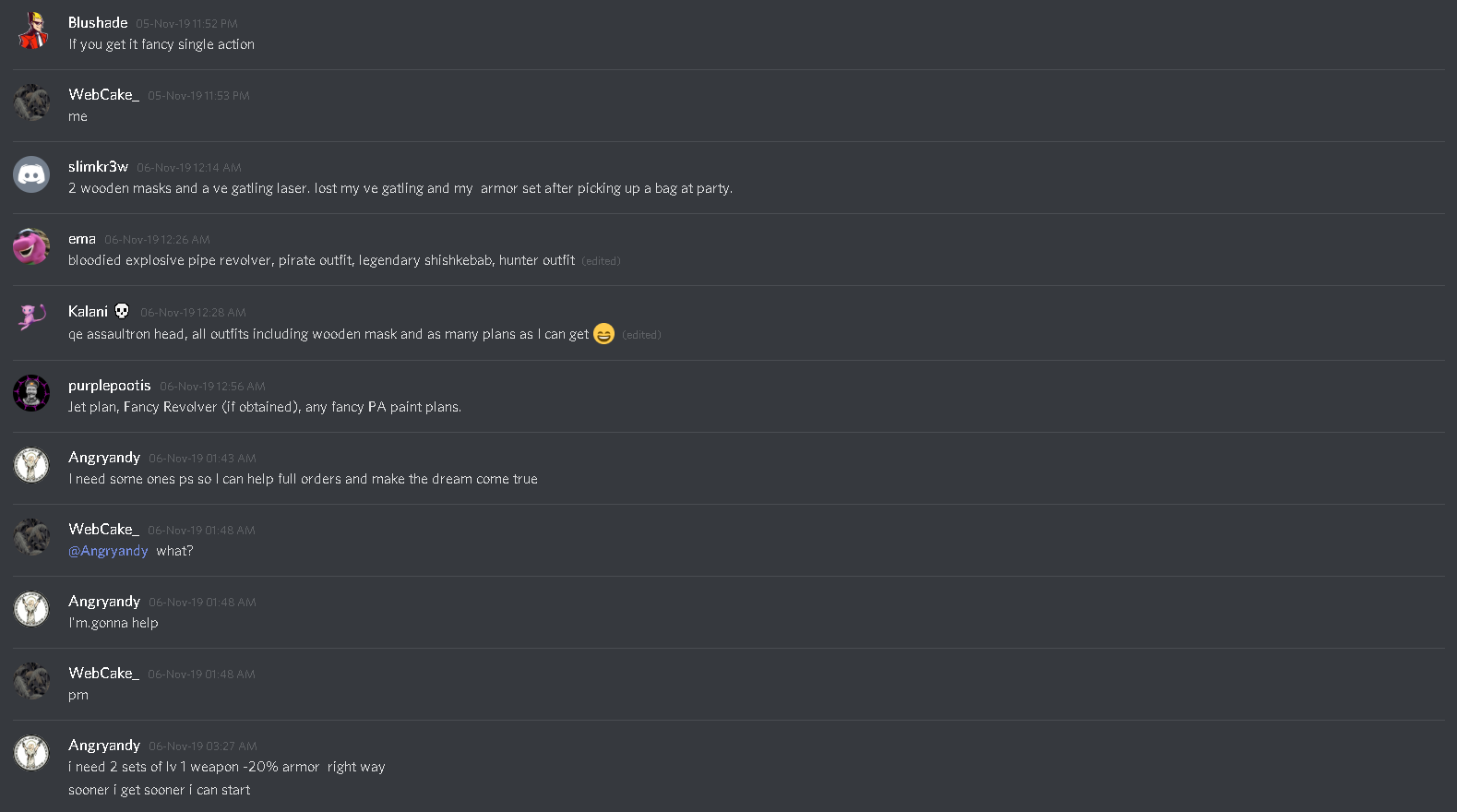 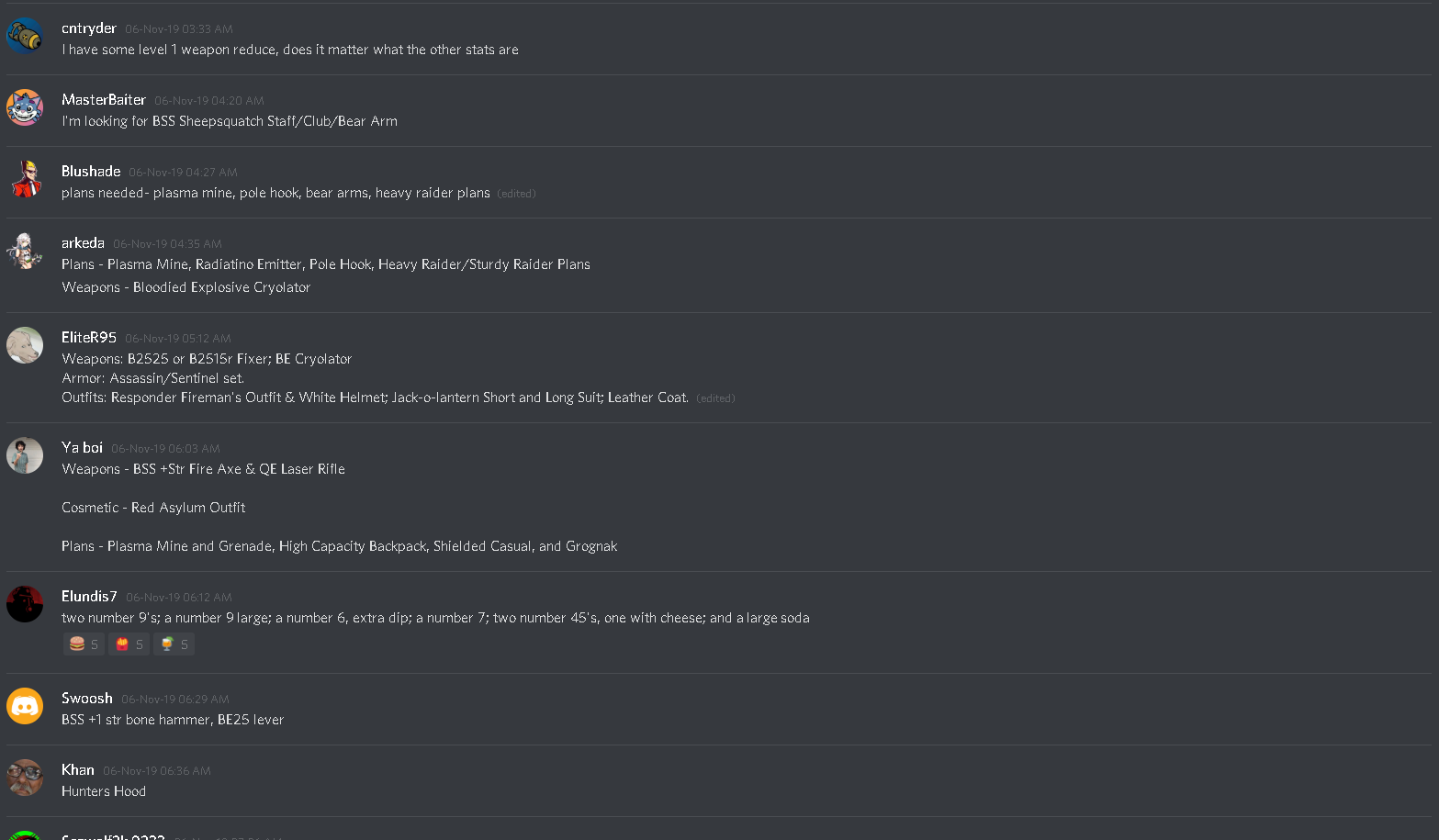 When they all came to ‘raid’ our Discord: 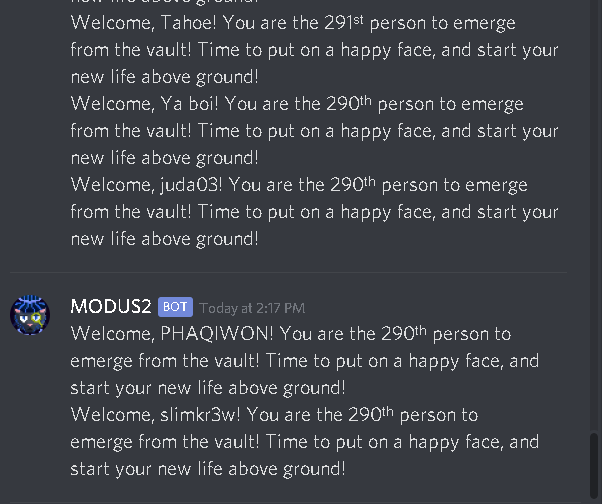 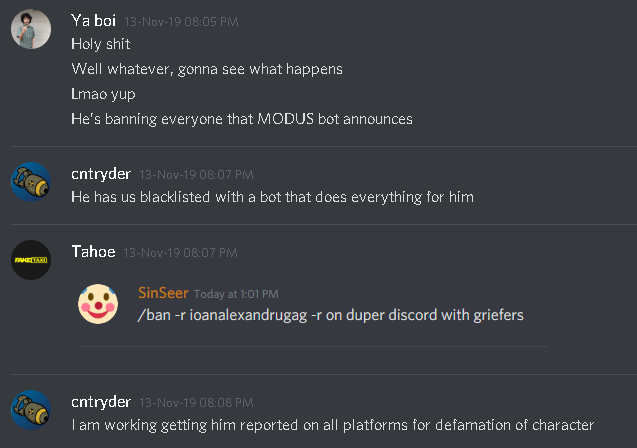 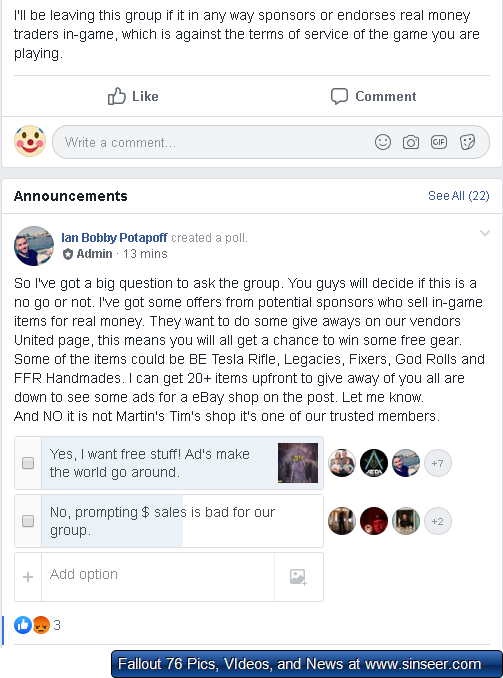 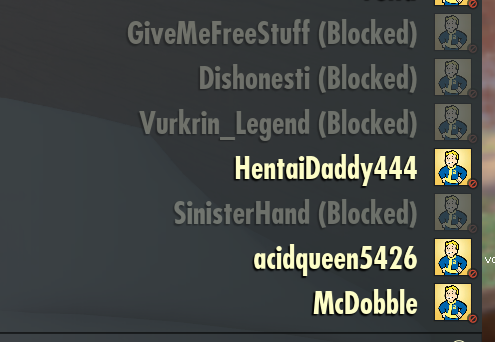 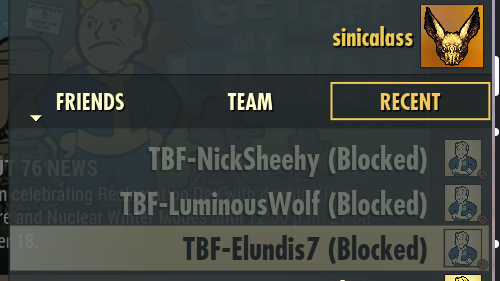